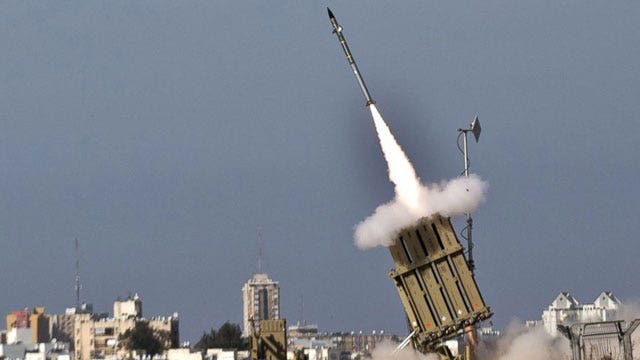 The Israeli Defense Ministry reported on Tuesday that it has successfully tested a wide variety of air defense systems at sea for the first time. The tests took place in recent weeks, with targets fired by naval launchers imitating various range missiles and drones. They were all successfully intercepted by Israel’s multi-layered defense systems – Iron Dome, Arrow and David’s Sling, sometimes at the same time.

Moshe Patel, head of the Israel Missile Defense Organization at the Ministry of Defense, said: “Through these tests we have shown that the State of Israel has a robust, multi-layered capability to deal with a variety of threats – cruise missiles, UAVs. [Unmanned Aerial Vehicles] and ballistic threats ”.

The tests were conducted by Rafael Advanced Systems from a test site in central Israel, with the participation of the Israeli Air Force and Navy. According to the Israeli Defense Ministry, this successful series is a critical milestone in increasing Israel’s operational capabilities to defend itself against current and future threats.

“Israel is now safer, following the completion of the recent test,” said Rafael’s Executive Vice President and Chief of Rafael’s Air and Missile Defense Division, Brig. Gene. (Res.) Pini Yungman. “The capability demonstrated in this series of tests ensures the security of the State of Israel and its ability to face current and future threats.”

“The results were great, all targets were intercepted,” Yungman told Fox News. This indicates that the systems will be able to intercept threats simultaneously during conflict.

Israeli Defense Minister Benny Gantz praised the successful test. “This is one of the most advanced air defense mechanisms in the world and it protects the state from threats from near and far. The systems in this multi-tiered mechanism provide Israel with a top level strategic level, allowing us to operate effectively in any scenario, ”he said in a statement. “I would also like to thank our partners from the US Department of Defense, US Missile Defense Agency, US Government and US Congress who support the State of Israel in developing these systems and help us ensure Israel’s security and operational superiority . . “

Iron Dome, David’s Sling, Arrow-2 and Arrow-3 are all operational with the Israeli Air Force. Israel shipped an Iron Dome battery to the US a few weeks ago and another will be delivered in 2021.