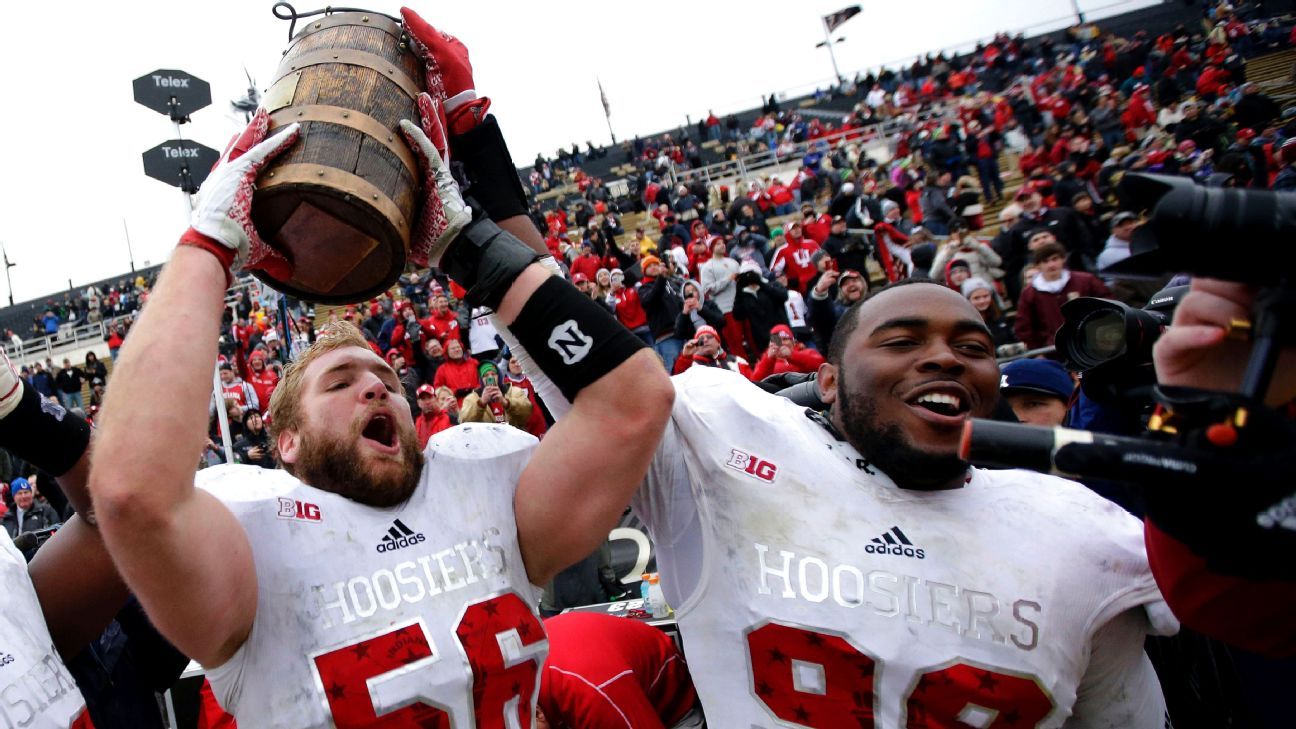 For the first time in over a century, Indiana and Purdue won’t be playing for the Old Oaken Bucket.

In a joint statement Tuesday, the Hoosiers and Boilermakers announced that they have canceled Friday’s scheduled game in Bloomington, Indiana due to concerns about COVID-19 in both programs.

The match was originally scheduled for December 12, but was postponed after both programs interrupted football activity last week due to positive coronavirus cases and contact tracking.

The Boilermakers and Hoosiers have played every season since 1920. The last time the rivalry game was not played in the state was during the 1918 and 1919 influenza pandemic.

“On the advice of our medical professionals and by following the guidelines and protocols outlined for this season, we will not be able to play Friday,” Purdue Athletic Director Mike Bobinski and Indiana AD Scott Dolson said in a joint statement.

“As we said last week, we know the history and tradition of this great rivalry game and how much it means to our current students, alumni and fans. Both universities have worked really hard to play, but at the moment it just isn’t. “We are certainly disappointed that we will not be able to play in 2020, but look forward to seeing each other on the field next season and competing again for the Old Oaken Bucket.”

The No. 12 Hoosiers close the regular season with a 6-1 record. They are positioned to play in their first major bowl game since the 1968 Rose Bowl. The Boilermakers are 2-4.

The Hoosiers will keep the Old Oaken Bucket trophy for another year after last season’s 44-41 win in two overtime.