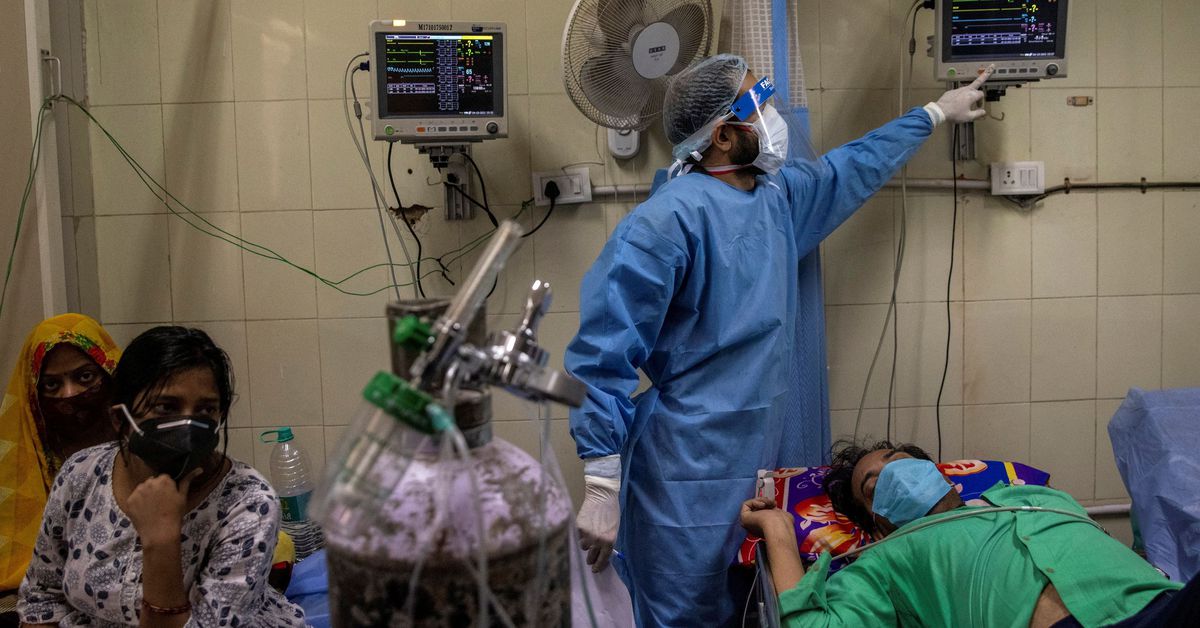 India reported a record daily increase in coronavirus infections in the past 24 hours, data from the Ministry of Health showed on Sunday, exacerbating shortages of oxygen supplies and hospital beds in some of the country’s most affected cities.

India reported 261,500 new cases, bringing the total caseload to nearly 14.8 million, second only to the United States, which reported more than 31 million infections.

India, hit by the spread of more contagious variants of the disease, is facing a serious shortage of hospital beds, oxygen supplies and critical medicines such as the antiviral drug Remdesivir.

Concerned about a surge in coronavirus cases, Prime Minister Narendra Modi last night asked authorities to pull out all the stops to increase production of COVID-19 vaccines.

Modi also reviewed his administration’s overall preparedness and stressed the need to ensure the availability of hospital beds and the supply of oxygen and ventilators. He also asked his team to work closely with local governments, particularly the 12 states that have been ravaged by a spate of coronavirus cases.

Modi told a large gathering of his supporters in West Bengal on Saturday: “I see a sea of ​​crowds. I have never seen such a gathering.”

“The prime minister’s (prime minister’s) joy at the sight of a large crowd at his election rally in Asansol, West Bengal, in Covid times can only come from a person who is completely insensitive,” Yashwant Sinha, a former cabinet minister who has broken away from the BJP, said on Twitter. “I regret his comments.”

Stung by the shortage of hospital beds and oxygen bottles, people used Twitter to seek help and post photos of overwhelmed hospitals.

Separately, at least five coronavirus patients were killed in a hospital fire in Raipur, the capital of the central state of Chhattisgarh, last night.

The rest of the patients had been evacuated to other coronavirus facilities, said Tarkeshwar Patel, additional inspector of Raipur police.