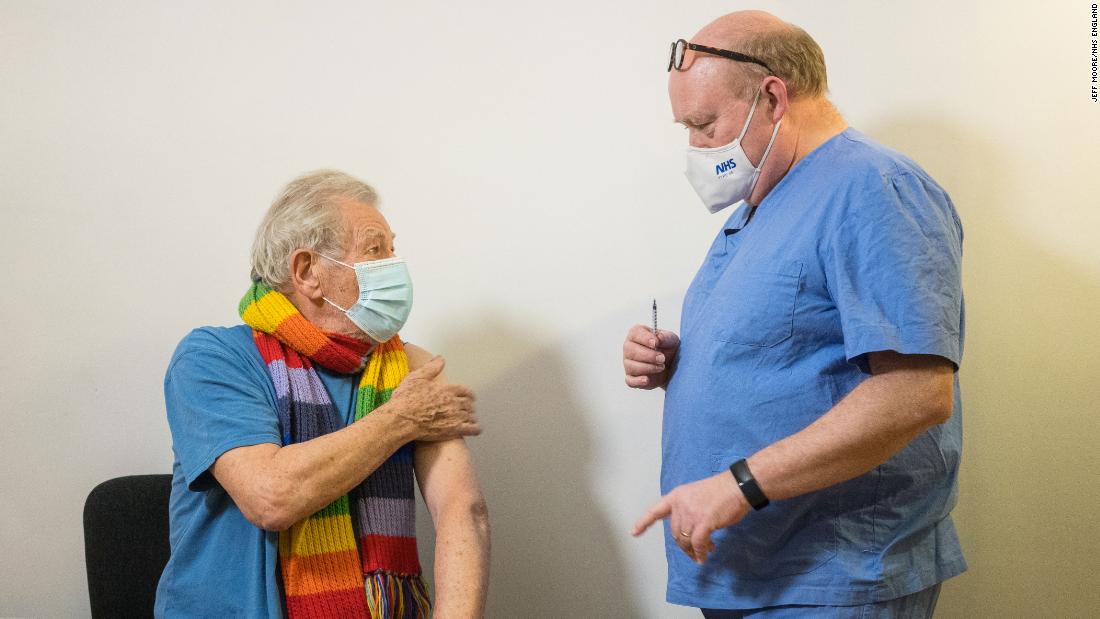 The celebrated British actor, who has starred in “The Lord of the Rings” films and the “X-Men” franchise, received the injection at Queen Mary University of London, in East London.
“I feel very lucky to have had the vaccine. I would have no hesitation in recommending it to anyone,” he said. in a tweet Thursday.

NHS England said in a press release that McKellen, who is 81, was one of the first “eligible groups” for the vaccine, which is being rolled out to people over 80, health professionals and nursing home residents.

The vaccination program is now in its second week, NHS England added, describing it as the “biggest breakthrough since the start of the pandemic, potentially saving tens of thousands of lives.”

Earlier this month, the United Kingdom was the first Western country to approve a Covid-19 vaccine after regulators issued an emergency permit for the Pfizer / BioNTech vaccine.

After receiving the shot, McKellen is quoted in the press release, “I am honored to have received the Covid-19 vaccine and I would urge anyone offered the vaccine to accept the offer – it took a few minutes, and then it was done.

“I really hope that as more people are vaccinated, we move further towards a more normal way of life, especially for the arts that have suffered so badly this year.

“We all have a role to play in the fight against the coronavirus and doing our part and getting vaccinated will save lives.”

The vaccine is provided in two doses, at least 21 days apart. It works by “teaching the immune system how to defend itself against attacks,” said NHS England.

Dr. Nikki Kanani, NHS England Medical Director for Primary Care, said: “The NHS has made an excellent start with the rollout of the Covid-19 vaccine across the country, with dozens of hospitals and now hundreds of local vaccination services offering the vaccine to those who need it most. “