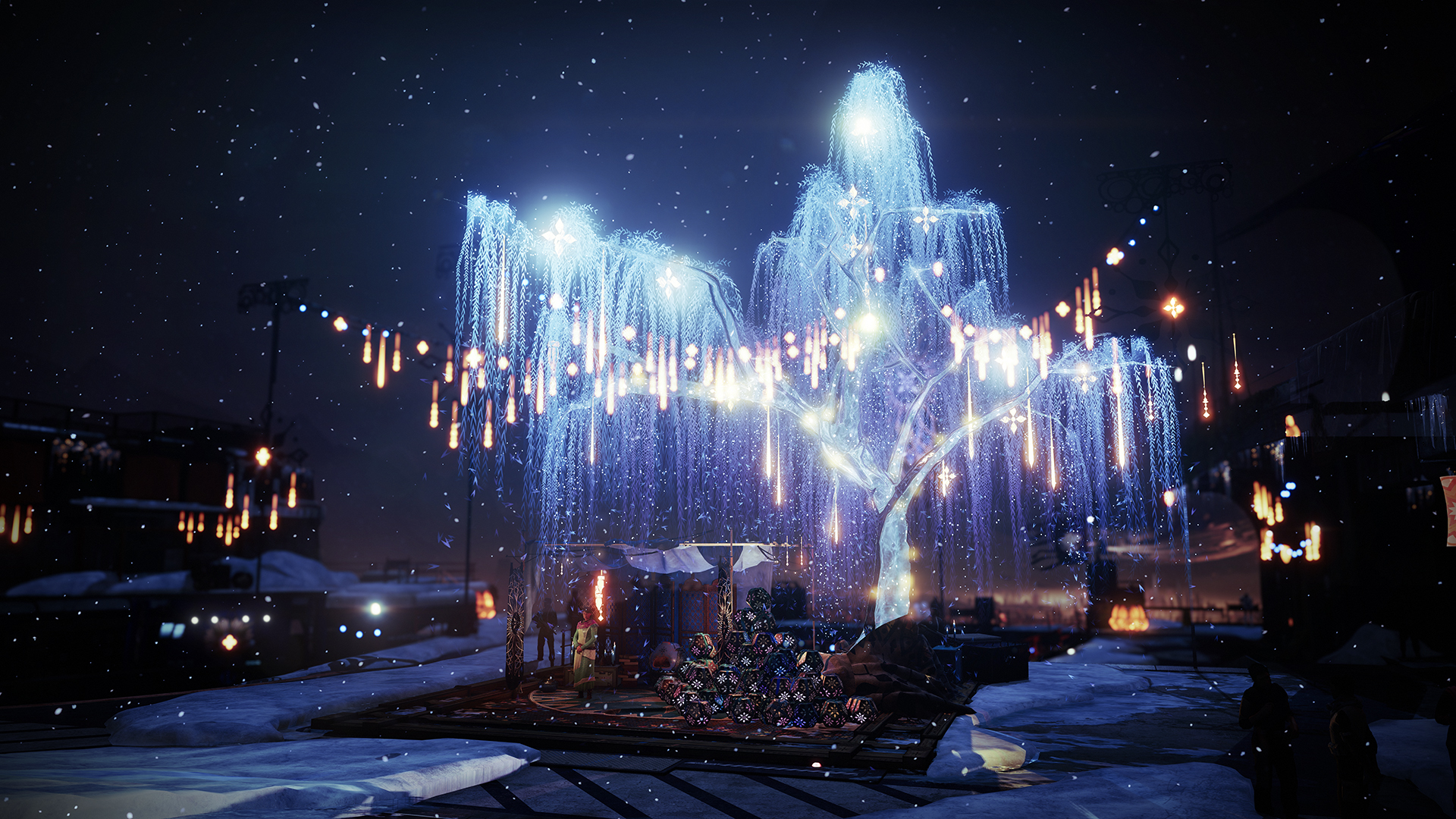 The Dawning has arrived Destiny 2, and it now runs through January 5. Simply put, this may be the biggest seasonal event of the year. With that in mind, we want to make sure you are fully aware of all that the festivities have to offer. Want to know what the Dawning is, what rewards you can get, and what recipes to follow? Here’s our final list of facts.

What is the dawn?

In Destiny 2the Dawning is basically the game version of a winter holiday event. Players start the fun by visiting Eva Levante near the tower, and Eva offers you a special oven designed for cooking holiday treats. These treats are controlled by the game’s various NPCs. As you will see below, Zavala likes to eat Gjallardoodles for example. These are made with Ether Cane, Delicious Explosion, and Essence of Dawning. You can learn how to find each of these ingredients by looking at the ingredient list below. By completing activities, collecting certain orbs, or killing certain enemies, you will collect ingredients that make up treats to give to each character.

The basic conceit of The Dawning resembles the set-up of years past, though there will likely be a handful of new recipes and ingredients that players will have to discover through gameplay.

However, a new reward for your culinary efforts is the Glacioclasm Legendary Fusion Rifle with random stat reels. There is also a special ship that you can customize during the event. The final taste of sweetness is the addition of community goals that unlock rewards for everyone based on the number of Dawning treats over the duration of the event. In short, the 2020 Dawning contains a lot of well-known ideas, but brings some newer ones Destiny 2 concepts such as random stat roles and community goals.

When it comes to the recipe and ingredient list, we’ve combined our past Dawning guides with new information curated by Eugene_USA26 on the Destiny 2 subreddit. We will continue to refine this information as Guardians make new discoveries.

How To Get Ingredients For The Dawning 2020

What do you think of the Dawning 2020 so far? Are there any ingredients or recipes that we missed? Tell us in the comments!