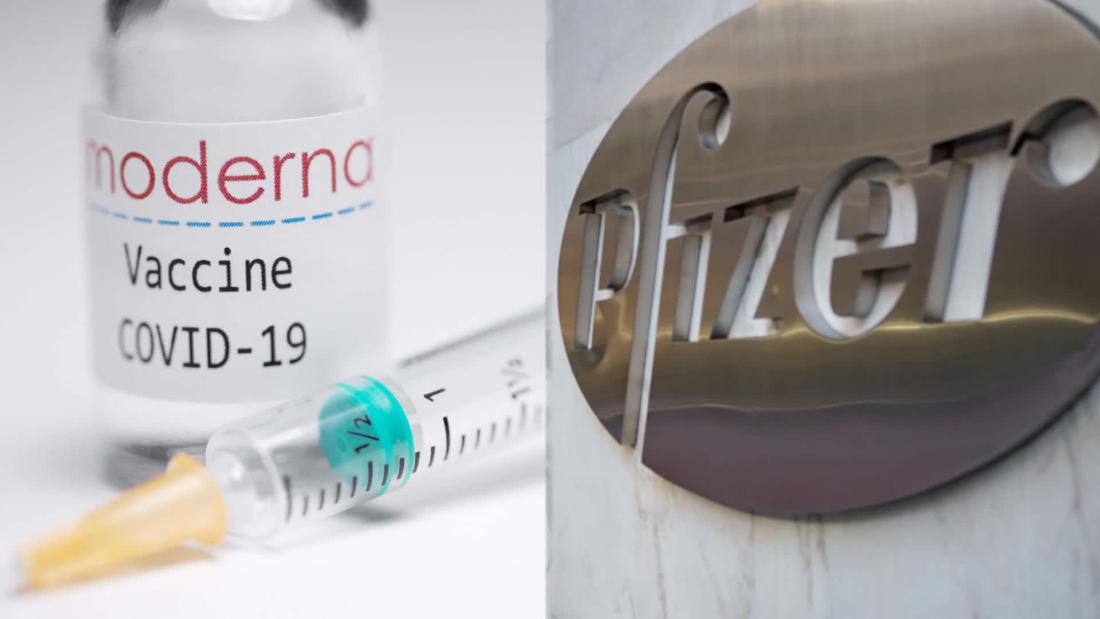 But there are a few important differences. Most importantly, Moderna’s vaccine can be stored in normal freezers and does not require a super cold transport network, making it more accessible to smaller facilities and local communities.

While Pfizer is a pharmaceutical colossus, Moderna – short for modified RNA – is a biotech company based in Cambridge, Massachusetts.

Founded in 2010, Moderna has never marketed a product, or any of the roughly nine vaccine candidates approved for use by the FDA. It had also never brought a product to phase three of a clinical trial before.

The company’s scientists were already working with researchers at the National Institutes of Health on a vaccine for another coronavirus, Middle Eastern Respiratory Syndrome (MERS). When Chinese researchers released the genomic sequence for the novel coronavirus in mid-January, they got off to a flying start.

The FDA green-lit clinical trials of Moderna’s vaccine on March 3, the first out of the gate. The advanced-stage clinical trial began on July 27, and it was the first government-funded Phase 3 clinical trial for a Covid-19 vaccine in the US. The company filed with the FDA on Nov. 30 for an emergency use authorization for the vaccine.

Does the vaccine work?

The Moderna vaccine was effective in preventing total Covid-19 cases and limiting severe Covid-19 during the study.

The vaccine efficacy against Covid-19 was 94.1% and occurred at least 14 days after the second dose, according to a briefing paper released by an advisory committee to the FDA.

In Moderna’s study, 15,000 study participants were given a placebo, an injection of saline solution that has no effect. Over several months, 185 of them developed Covid-19, and 30 developed severe forms of the disease. One of them died.

Another 15,000 participants received the vaccine, and only 11 of them developed Covid-19. None of the 11 became seriously ill.

According to the briefing paper, the vaccine was effective in all age groups, genders, racial and ethnic groups, and participants with medical co-morbidities associated with a high risk of severe Covid-19. About 10% of the study participants were black and 20% were Hispanic or Latino.

How does it work?

Like Pfizer’s vaccine, Moderna’s delivers messenger RNA, or mRNA, a genetic recipe for making some of the spikes that sit on top of the coronavirus. Once injected, the body’s immune system makes antibodies against the spikes. If a vaccinated person is later exposed to the coronavirus, those antibodies must be ready to attack the virus.

In particular, the Moderna vaccine contains a synthetic mRNA encoding a structure called the “pre-fusion stabilized spike glycoprotein” of the virus.

How is Moderna’s vaccine different from Pfizer’s?

The two vaccines are very similar, but they have a few key differences that make the Moderna vaccine “more flexible,” as US Secretary of Health and Human Services Alex Azar said last month.
Efficacy: Both Moderna’s and the Pfizer-BioNTech vaccine have shown comparable efficacy levels of nearly 95%.

“They appear to be about the same,” said Dr. Paul Offit, a member of the FDA’s vaccine advisory committee, during a performance on CNN’s “New Day” on Tuesday.

Structure: Both vaccines rely on mRNA, or messenger RNA, to work, albeit with slightly different structures and composition.

Cold storageMost importantly, Moderna’s vaccine does not need to be stored at super-cold temperatures like Pfizer’s.

The Pfizer vaccine should be stored at about -75 degrees Celsius, about 50 degrees colder than any vaccine currently in use in the US. The vaccine can be kept in the refrigerator for up to five days before it expires.
To make that possible, the CDC has established a complex set of processing and storage requirements known as the “cold chain,” including expensive ultra-cold freezers and lots of dry ice.

In contrast, according to Moncef Slaoui, the head of the US effort to develop a vaccine for Covid-19, Moderna’s vaccine can be stored at about -20 degrees Celsius, or about the temperature of a home freezer. The Moderna vaccine can also be kept in the refrigerator for 30 days before it expires.

Age: If authorized, the Moderna vaccine would be used in people 18 and older, while the Pfizer vaccine was approved for people 16 and older.

The vaccine has a ‘favorable’ safety profile, the briefing paper to the FDA says, ‘with no specific safety concerns identified’ that would prevent it from receiving an emergency permit.

The most common side effects of the vaccine were injection site pain, fatigue, headache, muscle pain, joint pain and chills, according to the document. Swollen lymph nodes have also been reported.

One study participant, 24-year-old Yasir Batalvi, told CNN that he developed a mild fever, fatigue and chills after receiving the second injection of what he believed was the real vaccine. The next morning he was fine.
Slaoui, Operation Warp Speed’s chief scientific advisor, has said that about 10-15% of the immunized subjects will experience “fairly noticeable side effects.”

When can I get it?

The vaccine has yet to be approved. The FDA advisory committee will meet on Thursday to discuss emergency use authorization, and Slaoui said he expects the committee to approve it by Friday.

If that happens, he said he expected shipping to begin 24 hours later, so that the vaccines arrive at the facilities Monday morning.

From there, the vaccines will be administered in an order established by the national and local authorities. Vaccine advisers from the CDC have recommended that health professionals and residents of long-term care facilities be first in line for all coronavirus vaccines that receive emergency approval.