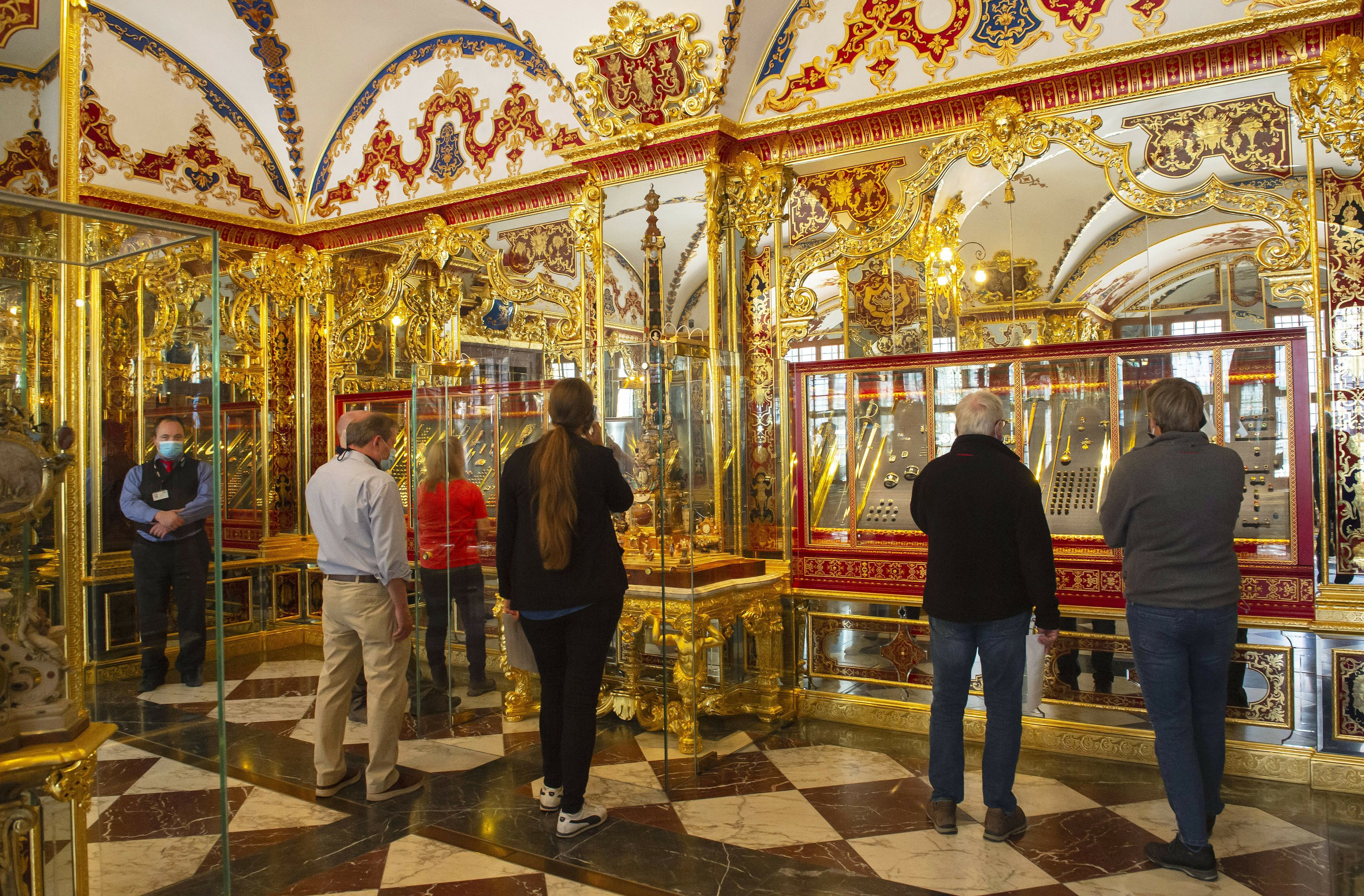 BERLIN (AP) – Police in the German capital have arrested one of two fugitive twins wanted in connection with the spectacular theft of 18th-century jewelry from a museum in Dresden last year, officials said Tuesday.

Dresden police said 21-year-old Mohamed Remmo was arrested by Berlin authorities on Monday evening in a car in the city’s Neukoelln district.

Remmo and his twin brother, Abdul Majed Remmo, were wanted internationally after evading police during a massive cleanup last month.

During that operation, three others were arrested in connection with the theft of a large diamond brooch, diamond epaulet and other treasures from Dresden’s Green Vault Museum on November 25, 2019.

The suspects, aged between 23 and 26, were charged with organized robbery and arson.

It was not immediately clear how the police tracked down Mohamed Remmo, who was taken to Dresden on Tuesday. They said they were still looking for his “high intensity” brother.

Searches in more than a dozen locations have not yielded the missing treasures so far.

Members of the Remmo family were convicted earlier this year of an equally spectacular robbery, the theft of a 100 kilogram Canadian gold coin called the “Big Maple Leaf” from Berlin’s Bode Museum in 2017.

The coin, valued at 3.75 million euros ($ 4.45 million), has not yet been recovered and authorities have argued that it was likely cut into smaller pieces and sold.

The Green Vault is one of the world’s oldest museums. Founded in 1723, it contains the treasury of Augustus the Strong of Saxony, containing about 4,000 artifacts made of gold, precious stones and other materials.

Shortly after the theft, authorities offered a reward of 500,000 euros ($ 593,000) for information leading to the recovery of the jewelry or the arrest of the thieves.