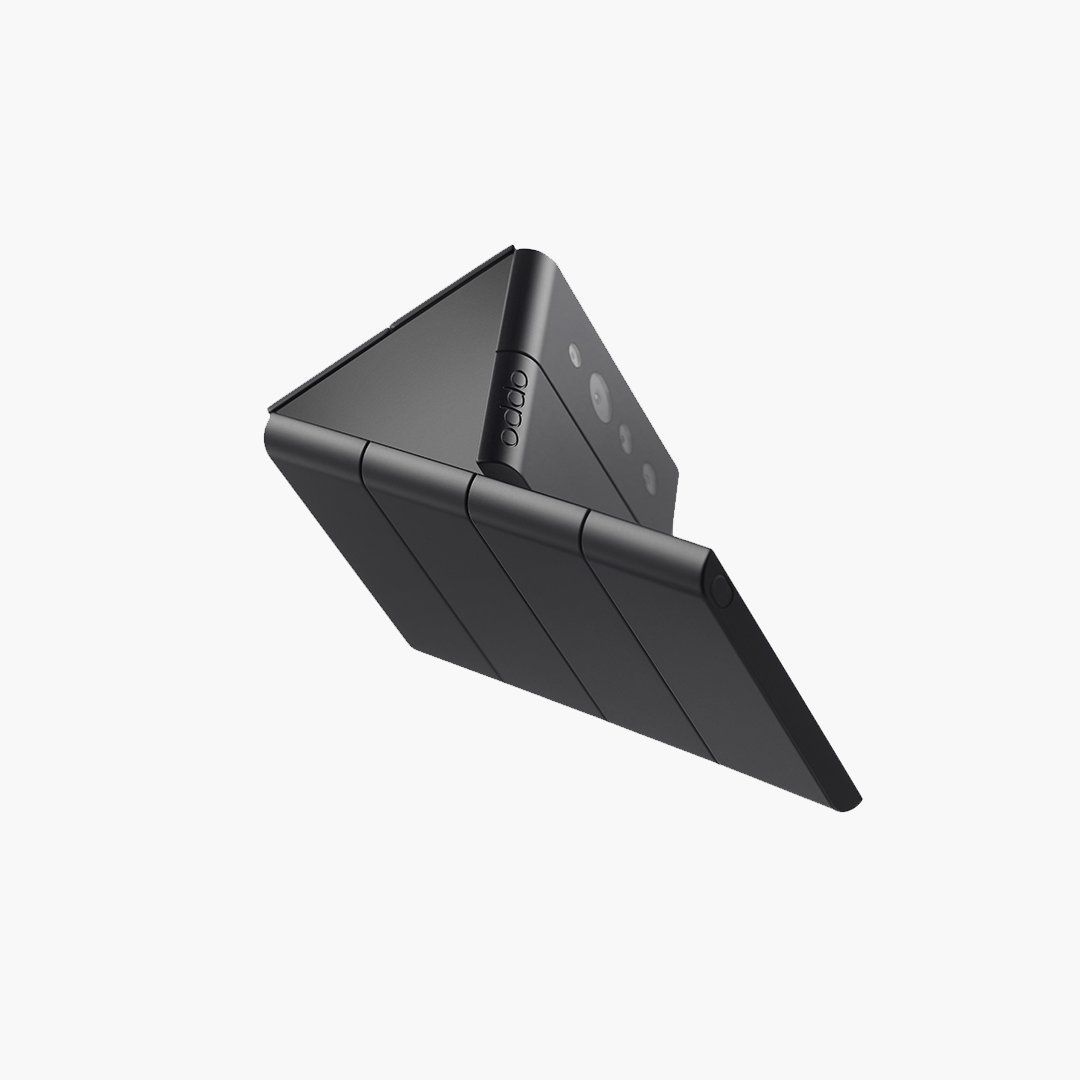 We expect a sequel to the Samsung Galaxy Z Flip to be released in early 2021, but we don’t expect any major changes to the basic design of the phone. However, Oppo has just released a new concept showing how a Z Flip style design can be developed in a variety of exciting ways.

The Oppo X Nendo “sliding phone” debuted on Oppo’s Twitter feed, one of two devices designed by the Chinese phone manufacturer and Japanese design company Nendo. When fully opened, it’s a 7-inch vertically oriented display, but it offers a lot more versatility than a comparable folding device like the Z Flip or the Motorola Razr.

When closed, the phone looks like a normal folding screen, but in addition to a hinge halfway down the screen, there are two more: one above and one below the center. That allows the phone to open in threes.

Today we present two new design concepts produced in collaboration with the leading Japanese design studio nendo. First, there is the ‘slide-phone’, which is equipped with a triple hinged folding screen system. #OPPOxnendo pic.twitter.com/r6YNrc2EmPDecember 14, 2020

Oppo has also made a video of the concept in action. It shows that the folded device is about the size of a credit card, with touch-sensitive control buttons on the side that change functions depending on how you have the phone open. A large charging stand is also shown, which can power the Oppo X Nendo while keeping the display usable.

You probably know the basic convenience that a foldable device offers: a larger screen with a smaller surface. Oppo’s new design takes it a step further by letting the user open the phone in more detail. For example, opening a sheet of the screen would be suitable for music player settings or checking notifications, while opening two sheets would cause the phone’s camera to display the viewfinder for the camera.

By opening the phone all the way, the user can play a game or watch a movie with virtual controls on either side of the screen, or multitask with up to three apps at the same time.

There are three cameras on the back of the phone, but since this is foldable, these can easily become selfie cameras if you fold the phone properly. This is how foldables like Huawei Mate Xs work, and it seems a lot smarter than just adding more cameras like Samsung has with the five sensors on the Z Fold 2.

The images from Oppo’s tweets also reveal that the phone is being used with a stylus, which lives in a special slot on the phone’s body like the Galaxy Note 20. This is not something Oppo offers on its current phones, but it is a smart addition to make the most of the entire screen.

Oppo and Nendo are not satisfied with just a phone, but have also been working on a “music linkconcept, which consists of a pair of wireless earbuds and a lot of accompanying accessories. This includes “a smartwatch, AI speaker, portable charger and a wireless charger”.

OPPO and nendo’s other conceptual design ‘music-link’, is basically a collection of devices centered around a pair of TWS earphones. Apart from the earphones, it includes a smartwatch, AI speaker, portable charger and a wireless charger that work together seamlessly. #OPPOxnendo pic.twitter.com/qNkjbJhOJWDecember 14, 2020

The intention is that these devices all work together in smart ways. For example, the wireless charger has a place for the charging case of the earbuds when you open it, so you can charge it at the same time without taking up space on the main surface of the charger. Oppo also describes how to use the earbud cover to switch your music from the earbuds to the speaker, which is a bit like existing features available on devices like Apple’s HomePod.

As exciting as these designs are, Oppo says they are just concepts. Drafts can become retail equipment if you have enough time, but don’t expect to pick it up anytime soon. We recently saw another concept from Oppo in the form of the Oppo X rollable phone, but it’s also nowhere near available for purchase. Hopefully Oppo will release some sort of foldable phone soon as Samsung has been comfortably at the top of the foldable phone food chain for too long.