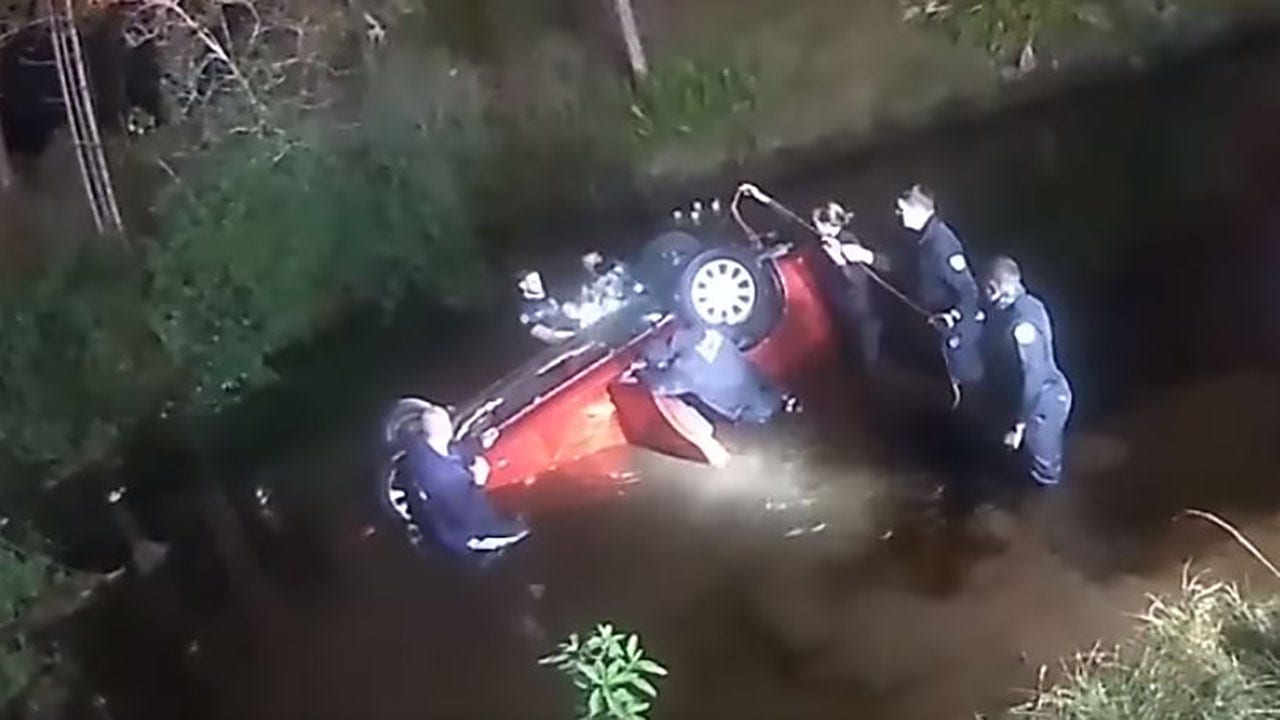 Police, firefighters and a Good Samaritan in Florida teamed up last week to save a family trapped in a car that crashed and turned over in a canal.

Officers responded to a retention pond at Lee Vista Boulevard on Thursday evening to find the overturned car containing a father and his two sons, ages 12 and 4, still inside, Orlando police said.

Officer Mckenzie Greene told FOX35 Orlando that coming to the scene and hearing 12-year-old Gabriel scream as he climbed out of the pond was ‘stomach curdling’ and giving the officers ‘goosebumps all over.’

Gabriel was able to free himself from the car, but his 4-year-old brother and their father were still trapped in the car, according to the video. Gabriel can be heard begging officers to rescue them.

Police said the family was safe and in good health after the rescue.
(Orlando Police)

Firefighters had to cut the doors of the car to free the child and his father during an operation that lasted nearly 40 minutes, the station reported.

Jose Diaz, a Good Samaritan who was driving behind the family’s car when it lost control and crashed, called the police for help and immediately jumped into the water to help the family, he told the Orlando Sentinel. Diaz kept the 4-year-old’s head above water until firefighters were able to free him, police said.

Diaz told the paper he had no hesitation in jumping into the chilly water, adding that his ‘main concern’ was ‘trying to save the children’s lives’.

Police said the family is safe and sound and thanked Diaz, the officers and firefighters who helped rescue them.