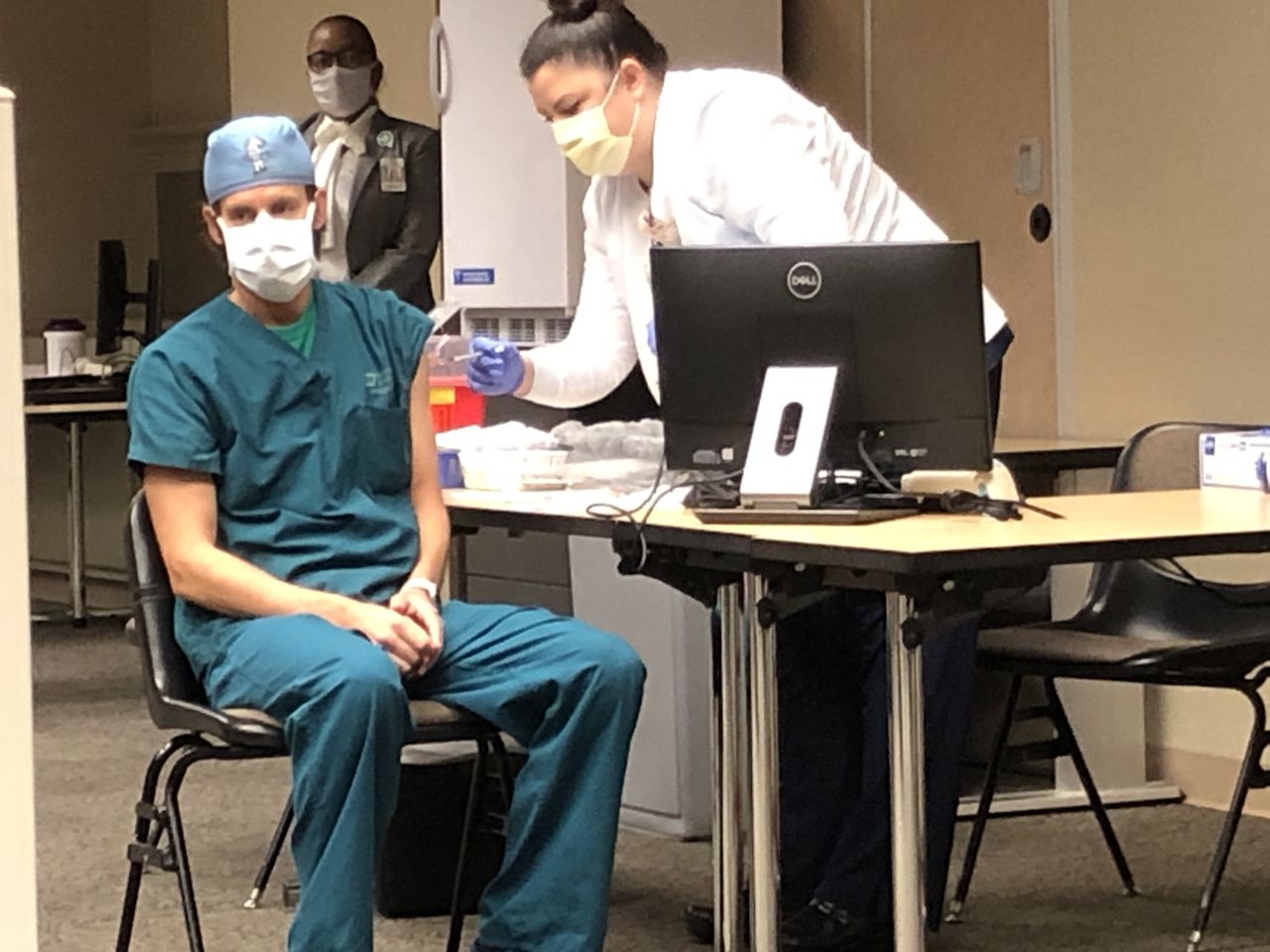 “Like a flu shot,” said Huntsville Hospital trauma surgeon Dr. Jeffrey Walker, today after receiving the first COVID-19 vaccination in the hospital and in town. “Didn’t hurt at all, pretty easy.”

Walker was one of the first staff to receive the Pfizer vaccine at the nearly 900-bed hospital, the second largest in Alabama. The first four were completed by nurse Rachel Morris in the Intensive Care Unit; Emily Lambert, supervisor of the hospital’s largest COVID-19 testing center; and Dr. Sherrie Squyres, the physician in charge of the hospital’s emergency department.

A line of personnel stretched out across the hall waiting for their turn, including caregivers, security personnel, and support personnel in departments such as Housekeeping. They all face the risks of working in the hospital during the pandemic, said Chief Operating Officer Jeff Samz. Samz mentioned an important milestone today. after the hospital received nearly 7,000 doses of the Pfizer vaccine on Tuesday.

Today’s demonstration was to “ease fears about the vaccine, get everyone excited about the vaccine and open a new chapter in the virus,” Walker said. He said the next step is to vaccinate ‘the elderly as soon as possible’ to reduce the number of deaths in institutions such as nursing homes. “The shot was very easy,” he repeated.

Walker, Squyres and other hospital leaders spoke today of “a long nine months” of hard work and stress, exacerbated by the recent spike in cases. “There has been quite a wave,” said Walker. “Everyone has worked really hard and it has been difficult in the hospital, but everyone has come together and is coming through this.” Walker said he has never seen anything like the pandemic.

“It’s a serious illness,” said Squyres. “We’ve seen patients who we’ve admitted to have done really well, but it’s been a struggle, and we’ve seen others who have died from this thing and we’re honestly pretty tired to see that. This can be prevented. People have to wear their masks, distance themselves and take precautions. This is certainly the next step. It is a huge and important step in that battle. “