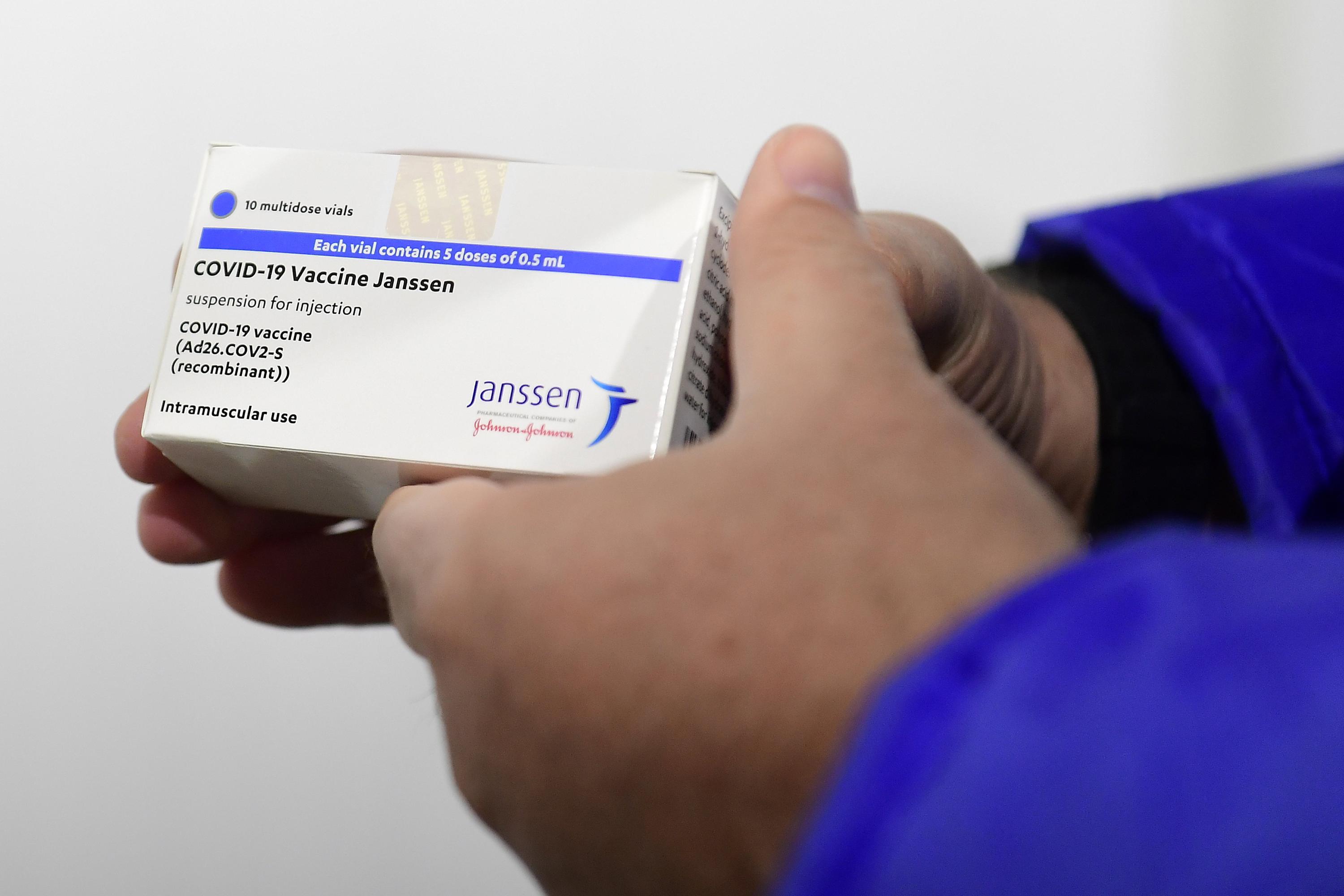 LONDON (AP) – The European Union’s drug regulator on Tuesday said it found a “possible link” between Johnson & Johnson’s COVID-19 vaccine and extremely rare blood clots and recommended placing a warning on the label. But experts at the agency reiterated that the benefits of the vaccine outweigh the risks.

The European Medicines Agency made its decision after investigating a small number of clot cases in people vaccinated in the US. It said these problems should be considered “very rare side effects of the vaccine.”

J&J immediately announced that it will review its label as requested and resume shipping vaccines to the EU, Norway and Iceland. A statement said, “The safety and wellbeing of the people who use our products is our number one priority.”

Following the EMA’s decision, EU Health and Food Safety Commissioner Stella Kyriakides tweeted that vaccinations save lives and added, “I urge Member States to follow the views of our experts.”

In March, the EMA, which oversees the use of pharmaceuticals in 27 countries across the continent with a total population of about 448 million, also recommended a label change for AstraZeneca’s vaccine after finding a link between the vaccine and rare blood clots.

In both cases, the agency said the benefits of immunization against COVID-19 outweigh the very small risks of developing the unusual clots.

“There is untold human suffering behind all these (coronavirus) cases,” said Emer Cooke, EMA’s executive director, who noted that 3 million people worldwide were killed in the outbreak. “These vaccines play a hugely important role in fighting this pandemic.”

Last week, J&J stopped the European launch of the vaccine after US officials recommended it be discontinued because of six cases of a very rare type of blood clot among nearly 7 million Americans vaccinated with the formula.

European officials said they had considered all available evidence from the US, which ultimately consisted of eight cases, including one death. All occurred in people under 60, but the EMA said it failed to identify specific risk factors.

EMA’s Cooke said no unusual cases of blood clots associated with the J&J vaccine have been reported in Europe and that the agency needs further studies from the company as the vaccine is rolled out.

Last week, Johnson & Johnson advised European governments to store their doses until the EU drug regulator issued guidelines for their use. The widespread use of the shot in Europe has not yet begun.

The delay was another blow to vaccination efforts in the EU, plagued by supply shortages, logistical problems and ongoing concerns about blood clots.

Last week, South Africa stopped using the J&J vaccine in the wake of the US hiatus, and countries like Italy, Romania, the Netherlands, Denmark and Croatia have stockpiled their doses. But other countries, including Poland, France and Hungary, said they would go ahead with their J&J immunization plans.

The blood clots associated with the J&J vaccine occur in unusual parts of the body, such as veins that drain blood from the brain. These patients also have an abnormally low platelet count, a condition normally related to bleeding, not clotting.

In its statement, the EMA said that the cases it assessed in recipients of the J&J injection were very similar to those in people who had received the AstraZeneca vaccine.

With the AstraZeneca vaccine, scientists in Norway and Germany have suggested that some people experience an abnormal immune system response in which they form antibodies that attack their own platelets.

It is not yet clear whether a similar mechanism could exist with the Johnson & Johnson vaccine. But the J&J and AstraZeneca vaccines, as well as those from Russia and China, are made with the same technology.

They all train the immune system to recognize the spike protein that envelops the coronavirus. To do that, they use a cold virus called an adenovirus to deliver the spike gene into the body.

“There is a growing suspicion that these rare cases may be caused by the adenovirus component of the AstraZeneca and J&J vaccines,” said Eleanor Riley, professor of immunology and infectious diseases at the University of Edinburgh.

The EMA said last month that the risk of rare blood clots associated with the AstraZeneca vaccine is lower than the risk of blood clots in healthy women from birth control pills.

The EU ordered 200 million doses of the J & vaccine for 2021. EU officials had hoped the one-off vaccine could be used to increase the continent’s lagging vaccination coverage and also protect hard-to-reach groups such as migrant workers and the homeless.

Johnson & Johnson also has a deal to supply up to 500 million doses to the UN-backed COVAX program, which is trying to get vaccines for billions of the world’s poor.

Any concerns about the J&J vaccine would be another undesirable complication for COVAX. COVAX’s largest supplier, the Serum Institute of India, recently announced it would be delaying shipments of the AstraZeneca vaccine for several months due to an increase in cases in India.

Mike Corder in The Hague, The Netherlands; Linda A. Johnson in Trenton, New Jersey, Lauran Neergaard in Washington; and Raf Casert in Brussels contributed to this report.