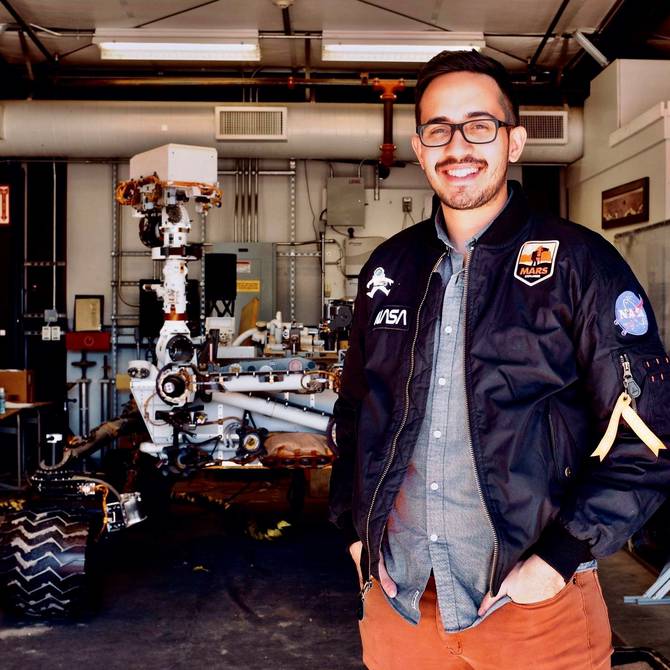 He was born in Ecuador, but has lived abroad since the age of six.

Elio Morillo’s story is an example of overcoming.

Born in Ecuador, but who feels like a Puerto Rican, this operations engineer for NASA’s ‘Perseverance’ explorer knows very well the meaning of perseverance for all the work done until he managed to participate in the Ingenuity helicopter project, which was his first will make flight. Mars next Sunday.

His dedication will show when he, along with a group of NASA professionals, launches the helicopter on Mars, the first device of its kind to travel outside of Earth.

That “little jump”, as Morillo described, will only be between 3 and 5 meters high, “to verify that we can fly on Mars.”

“It’s always one challenge after another, but always in battle. That’s the great lesson of my life. ‘Perseverance’ is the definition of my life, to put it more simply,” said Morillo.

According to him, it was “coincidental in life” that he lived on the island, whose “educational, cultural and educational level” led him to consider himself Puerto Rican.

Morillo spent the first six years of his life in Ecuador, but the economic and social crisis that left his mother, a professional teacher, out of a job, led them to move to the island, where his older brother already lived.

Growing up without the internet

He went specifically to Caguas, a congregation near San Juan, where Morillo and his mother moved, in a home with no cable TV or Internet.

Morillo attended the Luis Cartagena Nieves School, which is currently closed, while his mother returned to teaching in the classrooms.

“There I had some teachers who always invented everything. They always supported us in math and science competitions. It was very formative,” he recalls.

After attending public school for several years, he was awarded a scholarship to the private school Notre Dame, also in Caguas.

Since his mother was an educator, home education was a priority.

Due to financial difficulties, the young man and his mother moved to New York, where they faced the English barrier.

The process for Morillo to enroll in a New York school was more difficult than they thought, almost as complicated as getting into a university.

According to Morillo, science and technology then caught his eye.

In this way, the young student was admitted to the New Explorations into Science, Technology & Math School.

“At the time, the school was not specialized, but over the years it has become one of the best in Manhattan. Now you have to pass an exam to enter,” he said.

The young man continued to excel academically, so after graduating from high school and while waiting to be admitted to a university, he managed to get accepted into a summer program at the University of Michigan.

The doors were opened in Michigan

“That’s where the doors to the aerospace world opened for me, with companies in the United States,” he explains.

These jobs included designing aircraft turbines and in secret Department of Defense projects until he is finally hired to work at the NASA Jet Propulsion Laboratory, an entity that managed to take off the Rover Perseverance to Mars on July 30 in search of tracks. of the old life.

There, specifically in 2016, they integrated him into the mission to the red planet.

“At the moment I am involved in this mission and from there many opportunities open up in space,” he emphasized, after underlining that the space economy is growing very fast.