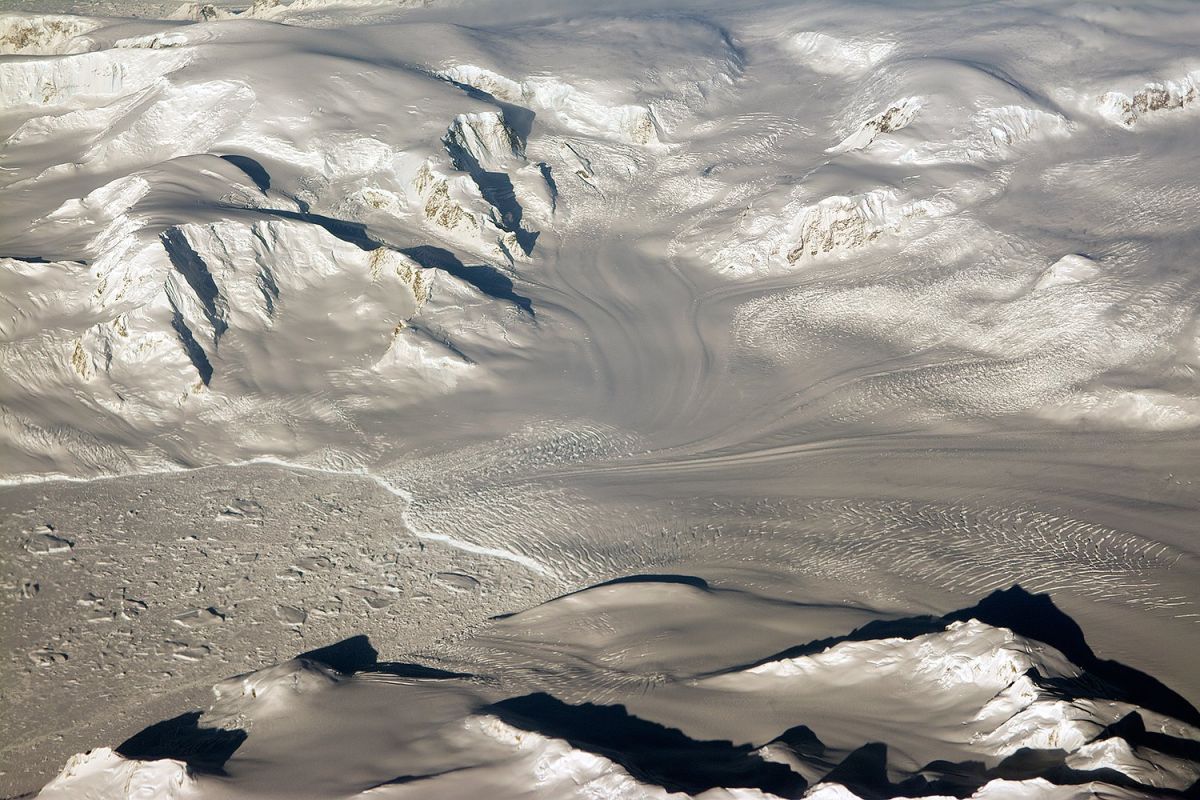 Earth’s transition to permanently an oxygen-rich atmosphere was a quitting process that took 100 million years longer than previously believed, according to a new study.

When the Earth was first formed 4.5 billion years ago, the atmosphere was almost nonexistent oxygenBut 2.43 billion years ago, something happened: Oxygen levels started to rise and then fall, accompanied by massive climate changes, including several ice ages that may have covered the entire world in ice.

Chemical features trapped in rocks that formed during this period had suggested that oxygen was a permanent feature of the planet’s atmosphere 2.32 billion years ago.

But a new study looking into the period after 2.32 billion years ago finds that oxygen levels still rocked back and forth until 2.22 billion years ago, when the planet finally hit a permanent tipping point. This new research, published in the journal Nature on March 29 extends the duration of what scientists call the Great Oxidation Event by 100 million years. It can also confirm the link between oxygen supply and massive climatic fluctuations.

“We are only now beginning to see the complexity of this event,” said study co-author Andrey Bekker, a geologist at the University of California, Riverside.

The oxygen created during the Great Oxidation Event was made by marine cyanobacteria, a type of bacteria that produces energy through photosynthesisThe main byproduct of photosynthesis is oxygen, and early cyanobacteria eventually produced enough oxygen to remake the planet’s face forever.

The signature of this change is visible in marine sedimentary rocks. In an oxygen-free atmosphere, these rocks contain certain types of sulfur isotopes. (Isotopes are elements with varying numbers of neutrons in their nuclei.) When oxygen spikes occur, these sulfur isotopes disappear because the chemical reactions that cause them do not take place in the presence of oxygen.

Bekker and his colleagues have long studied the appearance and disappearance of these sulfur isotope signals. She and other researchers had found that the rise and fall of atmospheric oxygen seemed to follow three global ice ages that occurred between 2.5 billion and 2.2 billion years ago. Strangely, however, the fourth and final Ice Age of that period had not been associated with fluctuations in the oxygen content in the air.

The researchers were amazed, Bekker told Live Science. “Why do we have four ice ages, and three of them can be related and explained by variations of atmospheric oxygen, but the fourth is independent?”

To find out, the researchers studied younger rocks from South Africa. These marine rocks cover the last part of the Great Oxidation Event, from the aftermath of the Third Ice Age to about 2.2 billion years ago.

They found that after the third ice age, the atmosphere was initially oxygen-free, after which oxygen rose and fell again. Oxygen rose again 2.32 billion years ago – the point where scientists previously thought the rise was permanent. But in the younger rocks, Bekker and his colleagues again discovered a drop in the oxygen content. This decline coincided with the last Ice Age, which had not previously been associated with atmospheric changes.

“Atmospheric oxygen at this early time was very unstable going to relatively high levels and falling to very low levels,” Bekker said. “We had only expected that for the last 4 or 5 years [of research]

Researchers are still figuring out what caused all these fluctuations, but they have some ideas. A key factor is methane, a greenhouse gas that retains heat more efficiently than carbon dioxide.

Today, methane plays a small role in global warming compared to carbon dioxide, because methane reacts with oxygen and disappears from the atmosphere in about ten years, while carbon dioxide lingers for hundreds of years. But when there was little to no oxygen in the atmosphere, methane lasted much longer and acted as a more important greenhouse gas.

So the sequence of oxygenation and climate change may have gone something like this: Cyanobacteria began to produce oxygen, which reacted with the methane in the atmosphere at the time, leaving only carbon dioxide behind. This carbon dioxide was not abundant enough to offset the warming effect of the lost methane, so the planet began to cool. The glaciers expanded and the planet’s surface turned icy and cold.

Saving the planet from a permanent freezer, however, were subglacial volcanoes. Volcanic activity eventually raised the carbon dioxide levels high enough to warm the planet again. And while oxygen production in the ice-covered oceans lagged because the cyanobacteria received less sunlight, methane from volcanoes and microorganisms began to accumulate in the atmosphere, heating things up further.

But volcanic carbon dioxide levels had another big effect. When carbon dioxide reacts with rainwater, it forms carbonic acid, which dissolves rock faster than pH-neutral rainwater. This faster weathering of rocks brings more nutrients such as phosphorus into the oceans. More than 2 billion years ago, such an influx of nutrients would have driven the oxygen-producing cyanobacteria in the sea into a productive frenzy, re-raising atmospheric oxygen levels, lowering methane, and starting the entire cycle over.

Ultimately, another geological change broke this cycle of oxygenation and ice age. The pattern appears to have ended about 2.2 billion years ago, when the rock record indicates that more organic carbon is being buried, suggesting that photosynthetic organisms were at a heyday. However, no one knows exactly what triggered this tipping point Bekker and his colleagues propose a hypothesis that volcanic activity during this time allowed a new influx of nutrients to the oceans, finally giving cyanobacteria everything they needed to thrive. At this point, Bekker said, oxygen levels were high enough to permanently suppress methane’s over-impact on the climate, and carbon dioxide from volcanic activity and other sources became the dominant greenhouse gas to keep the planet warm.

There are many other rock sequences from this era around the world, Bekker said, including in West Africa, North America, Brazil, Russia and Ukraine. These ancient rocks need more research to reveal how the early cycles of oxygenation worked, he said, especially to understand how the ups and downs affected the life of the planet.