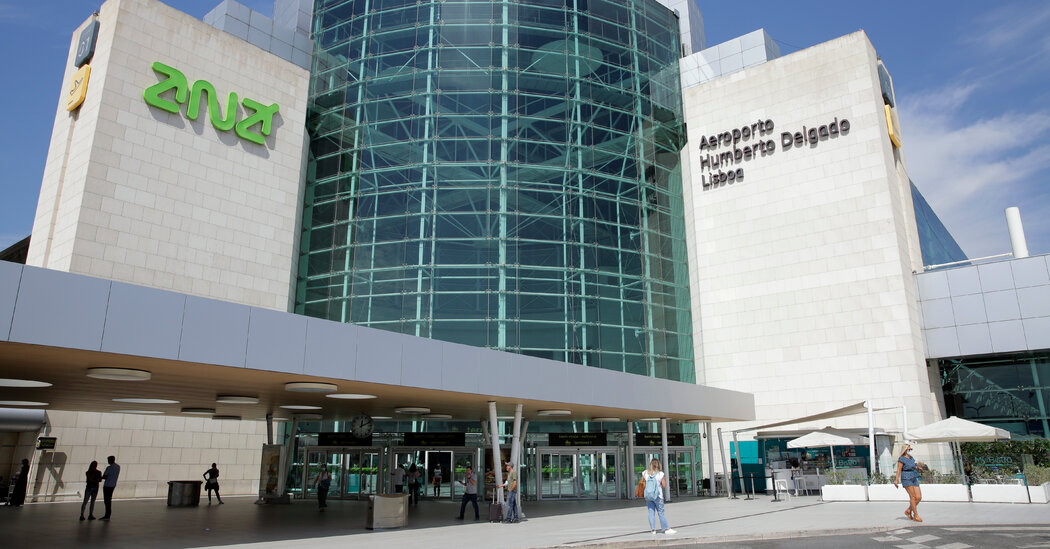 Initially, doctors referred to his death as a “respiratory arrest after a spasmodic crisis.” But prosecutors said an autopsy had determined that he had suffered several fractures and was left in a position that constricted his chest and left him suffocated.

Mr Homeniuk’s widow, Oksana Homeniuk, told cable news channel SIC Notícias last week that she had received no support from the Portuguese government. “I never thought something like this could happen in a European country – in Europe, where human rights are paramount,” she said.

The family’s lawyer, José Gaspar Schwalbach, said the family was seeking $ 1 million or $ 1.2 million for moral and economic damage, adding that Mr. Homeniuk was the family’s breadwinner.

“No one will return her husband,” said Mr. Schwalbach in an interview with Ms. Homeniuk, who was left to raise the couple’s children, a 14-year-old girl and a 9-year-old boy.

“No one will see this little girl go to high school, go to college, to get married,” said Mr Schwalbach, adding that Ms Homeniuk had received a letter of condolence from the Interior Ministry on Saturday.

And while a financial settlement would comfort Ms. Homeniuk, he said, “she wants justice – she wants them to be convicted.”