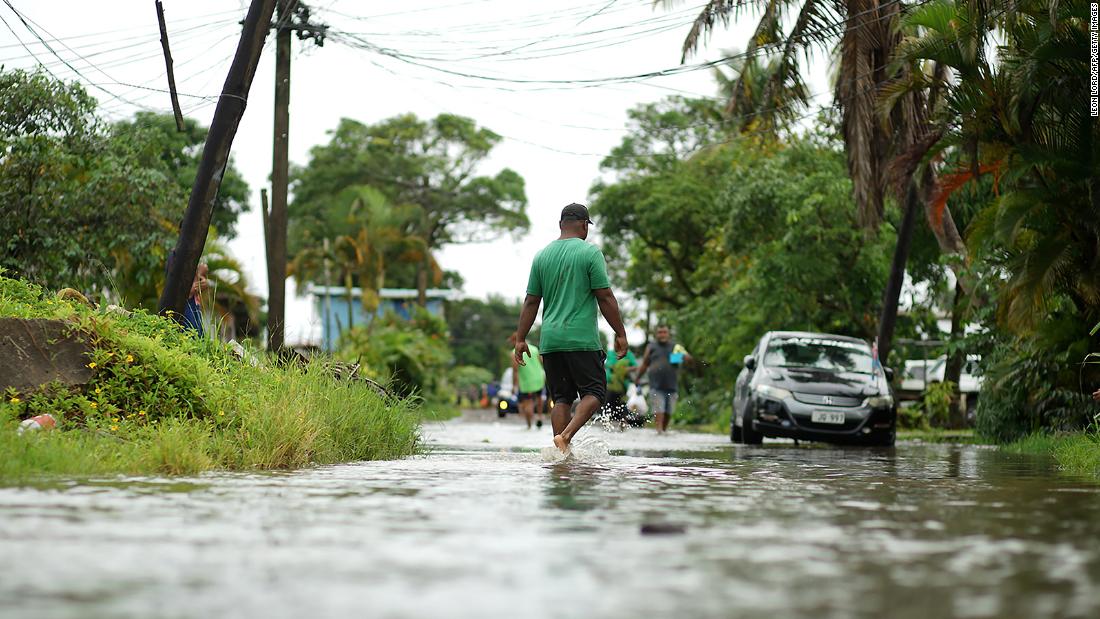 The storm has weakened slightly to 250 km / h (155 mph) and is expected to make landfall equal to a strong Category 4 hurricane.

Local officials have warned that the storm’s potential effect could be devastating.

“The impact for this superstorm is more or less nationwide,” Bainimarama said in the video.

The National Oceanic and Atmospheric Administration of the United States warns that even well-built homes can suffer “serious damage” from wind speeds in excess of 200 km / h, while trees and utility poles can be knocked down, causing more destruction and disruption.

Yasa would “easily surpass the strength of Cyclone Winston in 2016,” Bainimarama said, referring to the southern hemisphere’s most intense tropical storm ever, killing more than 40 Fijians and leaving tens of thousands homeless.

More than 850,000 Fijians, or 95% of the population, live in Yasa’s direct path, Bainimarama said, adding that weather forecasts anticipated flash floods and “severe coastal flooding” with waves up to 10 meters (33 feet) high.

The police would enforce a ban on public transportation, the country’s National Disaster Management Office said, adding that the country had declared a “state of natural disaster” that gives law enforcement agencies more powers.

Strong cyclones have become more common in the Pacific in recent years, something Bainimarama has attributed to climate change. Earlier this year, he said global warming was the cause of worsening wildfires in Australia and more severe storms in the Pacific.

“My fellow Fijians, as the world warms up, these storms are getting stronger. Each of us must treat these climate-related disasters with deadly seriousness,” Bainimarama wrote in a Facebook post Thursday.