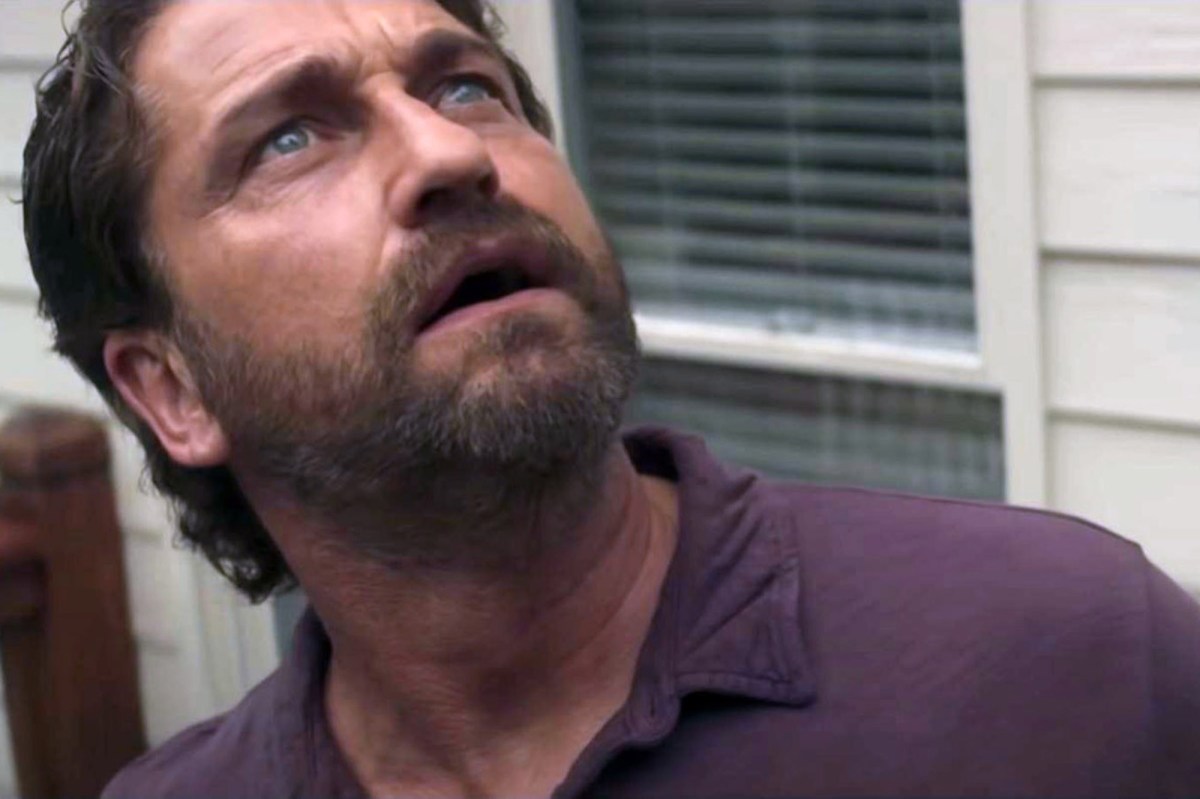 Did Gerard Butler take acting lessons from the MGM Lion? He growls and snarls just like Leo in his latest role, as an engineer trying to save his wife and young son from the impact of an apocalyptic comet in “Greenland”.

Butler is pretty bad – not terrible – but the movie itself is pretty good to watch, albeit a lot more bleak than your average disaster movie. “The Day After Tomorrow” and “Poseidon Adventure” had, in my memory, no cruel kidnappings of young boys or murders with a hammer.

As a comet named Clarke approaches Earth, John (Butler) receives an automatic text message from the Department of Homeland Security stating that his family has been chosen to move. He has to go to Robin’s Air Force Base in Georgia with his wife Allison (Morena Baccarin), 8-year-old son Nathan (Roger Dale Floyd) – and no one else. They are confused. Is it a test? The comet had a Hale-Bopp-level excitement around it.

That’s when the family turns on the news and sees a shard from the space rock has hit Florida. “TAMPA GONE,” says the ticker. Hop in the car, guys!

From then on, the revelations in director Ric Roman Waugh’s film are cunningly revealed. We learn that John is one of the few highly skilled professionals chosen to survive in an underground base in Greenland: home to glaciers and a population the size of White Plains. Those who are not lucky enough to receive a government text are turning to a method, including crime, to get a seat on the planes. Chris Sparling’s script depicts humanity at its worst.

Of course, it wouldn’t really be a story if Butler and Co. had just caught a flight and would have arrived on the island with ease. Roadblocks pop up making their journey harrowing and sad. Much of the weight is due to the smallest cast member, Floyd, a deep-seated child actor who has a harsh scene outside another air base. Poor boy crying buckets.

However, the ending is too squeaky clean and obvious to wrap up this messy story. It lacks every element of the unexpected, and we’ve all seen better CGI images of destroyed cities in disaster movies for years. Roland Emmerich probably has a folder full of it on his laptop.

Whatever. As far as Butler’s movies are concerned, “Greenland” could have been so much worse. “The Bounty Hunter” was so awful, after looking at it I felt like … a comet had just hit Earth!