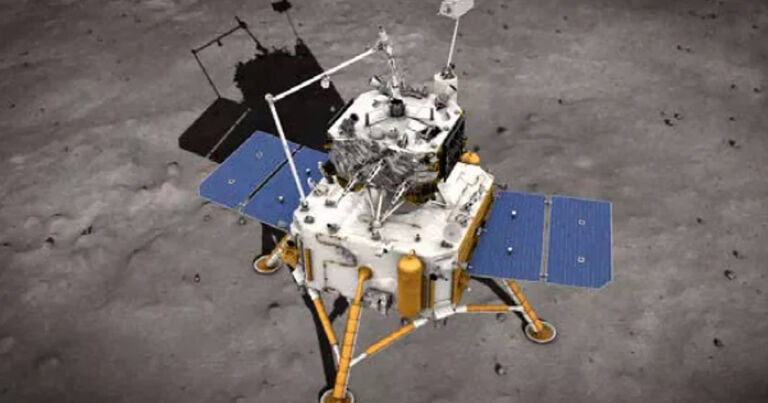 China’s lunar lander has completed its mission to collect the first lunar samples in nearly half a century – meaning, Space.com reports that it has effectively died.

The take-off vehicle took off on December 3 with about four pounds of moon rocks to meet the mission’s orbiter and fly back to Earth.

That means the lunar module can finally get some hard-earned rest. It simply wasn’t designed to withstand the extremely cold temperatures during the lunar night cycle, when the temperature can drop to -310 degrees Fahrenheit.

Chang’e-5’s predecessors Chang’e-3 and Chang’e-4 had heating units that allowed them to withstand such temperatures. Chang’e-4’s rover Yutu-2 was able to spend several day and night cycles on the far side of the moon.

China’s newest lander lacks that technology and may have already taken a hit before succumbing to freezing temperatures. Reports suggest that the vehicle taking off sitting on top of the lander may have done some damage when fired, such as Space.com reports.

While the monsters themselves were still traveling back to Earth, the ascending vehicle launched itself back to the lunar surface so it wouldn’t become orbital debris.

More about the mission: China crashed spacecraft into the moon so it wouldn’t become space junk