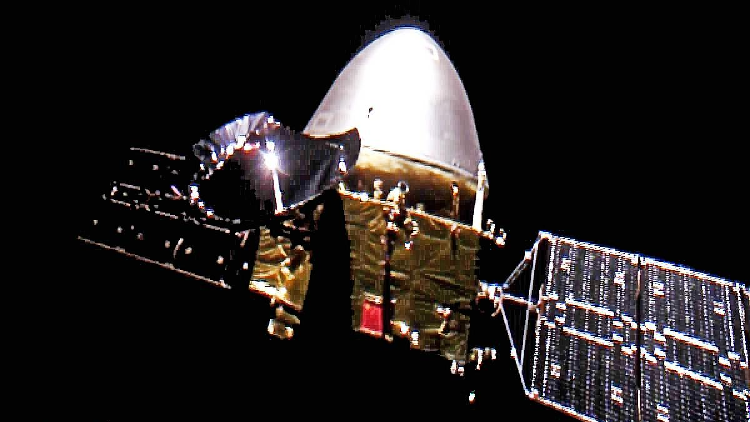 According to the China National Space Administration (CNSA), the probe for China’s first Mars mission Tianwen-1 is more than 100 million kilometers from Earth after traveling 144 days.

The spacecraft, launched by a Long March-5 rocket on July 23, is expected to complete orbit, landing, and roaming in one mission.

It has already completed several tasks, including taking a photo of the Earth and the Moon, as well as a “selfie”, three orbital corrections, a maneuver in deep space and self-checks of the payload.

Several more orbital corrections will be made before the probe enters Mars orbit around mid-February.