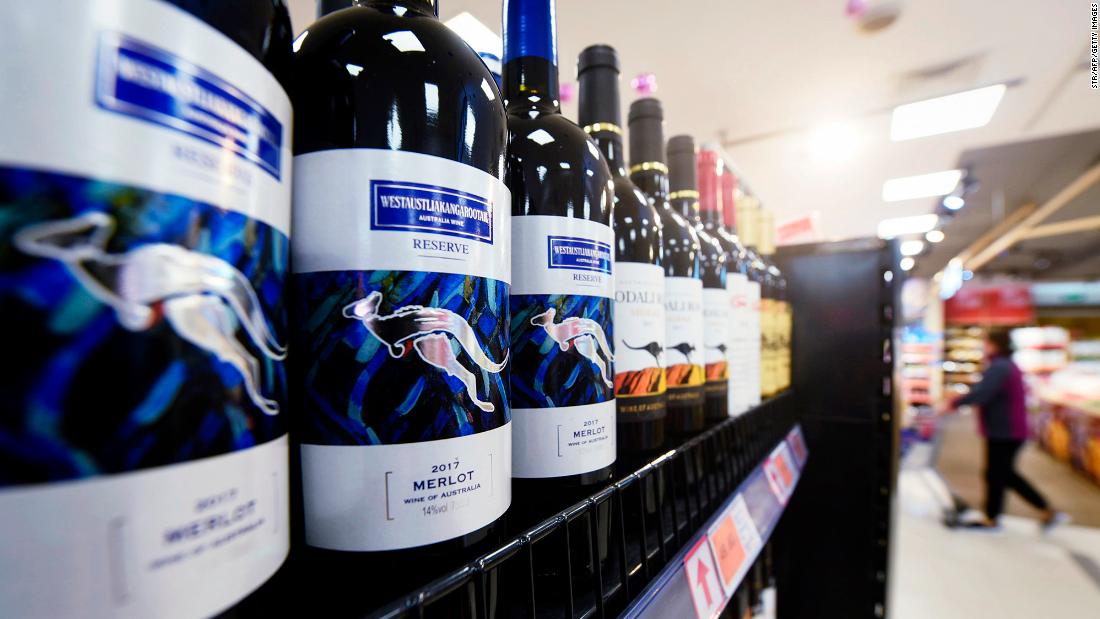 The duties, which range from 116% to 218%, were announced Friday and come after an investigation by the Chinese authorities of ‘dumping and [market] damage. They come into effect on Sunday.

Relations between Australia and China began to deteriorate last April after Prime Minister Scott Morrison called for an international investigation into the origins of the coronavirus. A number of Australian exports – including timber, beef and some coal – soon began to have difficulties entering the Chinese market.

The value of wine exports to China fell to almost zero in December, statistics from industry group Wine Australia show.

Laura He and Ben Westcott contributed to the report.