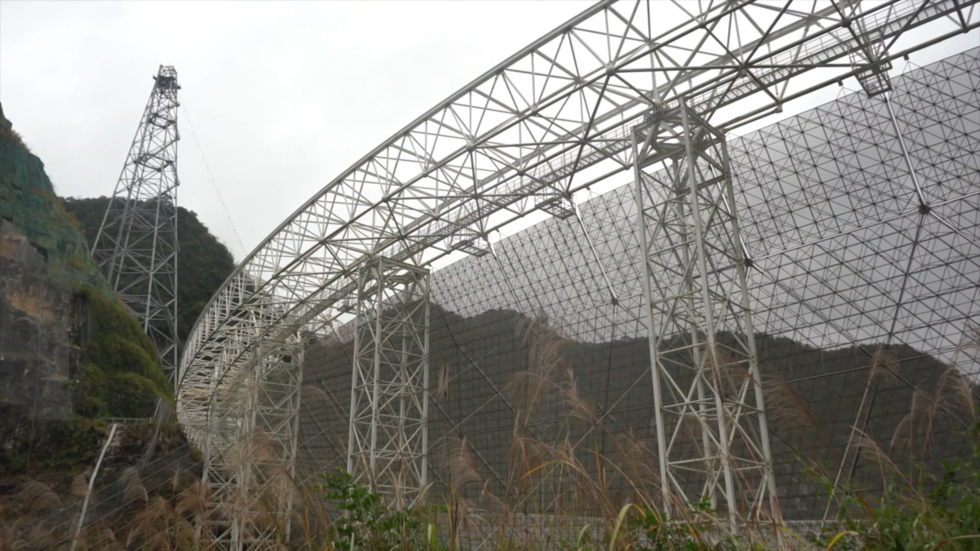 The huge 500-meter Aperture Spherical Telescope (FAST) in southern China will open its doors to foreign specialists sometime next year, who have run out of equivalents since the fall of the American Arecibo telescope.

“Our scientific committee is committed to making FAST increasingly open to the international community,” Superintendent of the telescope’s operations and development center, Wang Qiming, told journalists.

Moreover, foreign scientists will even be able to request the necessary data remotely from the FAST facility “So scientists don’t necessarily have to come here,” Wang said, as quoted by RT’s Ruptly video agency. “Our engineers here can actually work according to the plan and then return the data, “ he pointed out.

FAST is the world’s largest filled-aperture radio telescope and now stands as the only installation of its kind, after the famous Arecibo Observatory telescope in Puerto Rico collapsed earlier this month.

According to John Dickey, a leading physicist from the Australian University of Tasmania, FAST had been an impressive installation. “China is certainly a global center for scientific research, on par with North America or Western Europe,” he added as quoted by AFP.

The 500-meter-long satellite dish costs a whopping 1.1 billion yuan ($ 175 million) to build, and it has no equivalent on the planet, especially since the destruction of the 305-meter-high Arecibo.

Hence, China’s colossal project is expected to be an unparalleled boon to the country’s scientific community.