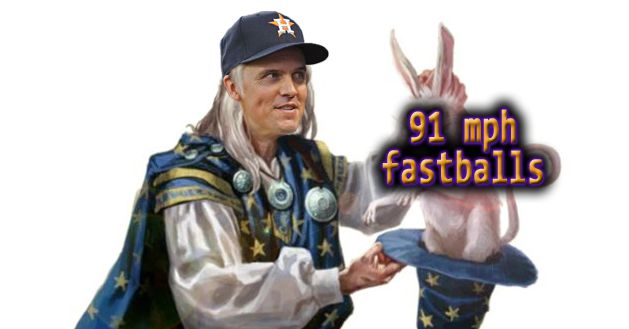 After last night’s excitement and thrilling comeback win, tonight’s Mariners onslaught went into a sophomore slump not seen since the Killers’ release Sam’s Town to an unsuspecting audience.

Okay, that’s not exactly fair. Sam’s Town includes “When You Were Young”, a certified stunner that reclaimed some of the early glory of the Vegas band’s breakthrough debut album Hot stuffIt’s not “Mr. Brightside” or “Somebody Told Me,” but it’s a fine song in its own right, full of the soaring orchestral excitement and driving guitar riffs that made it Hot stuff some music for class A road trips. It also has “Read My Mind” which no one tells is my favorite Killers song and one of my favorite songs. The Mariners attack today yielded no such hits; instead, the attack struck a total of seven times, did not walk and did not receive an extra single against wizard Zack Greinke.

Armed with a fastball to 91, Greinke single-handedly held the Mariners off the board for eight innings, requiring only 91 pitches. The Mariners had a chance to join Greinke in the fifth, when José Marmolejos and Evan White led off the inning with back-to-back singles; unfortunately, Dylan Moore then lined out, and JP Crawford, despite the fact that he hit the ball very hard! Spinning at 103.6 mph, he aimed the ball straight at wizard Greinke the Gray, who cleverly dropped the ball harmlessly out of his glove like the top scoop on a kid’s ice cream cone before spinning around and starting the doubles game . I would enclose it, but it really hurts me to watch. You can see it here if you feel like it.

It sucks too, because Chris Flexen deserved better. Flex gave up a lot of touch – 10 hits, including the three hardest hit balls of the game, the hardest of which was Washington-born Taylor Jones’ RBI single with 110 EV – but worked his way out of trouble admirably through all four mix his pitches effectively to mislead the Astros line-up. Greinke gets all the attention in this game for his eight innings and only needs 92 pitches to get there, but Flexen threw six plus on 86 pitches with a similar batting to ball ratio and probably could have gone deeper if the Mariners attack him. had scored. … well, all runs.

It really makes you think.

Other good news: the bullpen! Yep, that’s as weird for me to type as it is for you to read. But Casey Sadler came in and cleaned up after Flexen gave up a lead-off single to Jason Castro in the seventh with a nose on the nose. Will Vest worked the eighth and walked Carlos Correa, but also collected two strikeouts, including freezing Michael Brantley on a called strike three to open the inning, which I would have taken up as poison had I not been checked out like that in this match. on this point. Keynan Middleton also ran a scoreless ninth, with two strikeouts of his own, and also easily set the curve for the velocity leaderboard in this game:

Check out those swing and misses too! That’s pretty good to get a little closer to the Astros’ and almost match the starter of the game in just one inning. Keynan was also quite excited about it and brought that energy we love to see, even with a sleepy 1-0 loss:

Tomorrow is the series’ rubber match, which starts at 1:00 p.m. PT. I’m gonna turn this thing over, can you read my mind? Please read my mind, Mariners. The mid-2000s music references will continue until the offense improves.