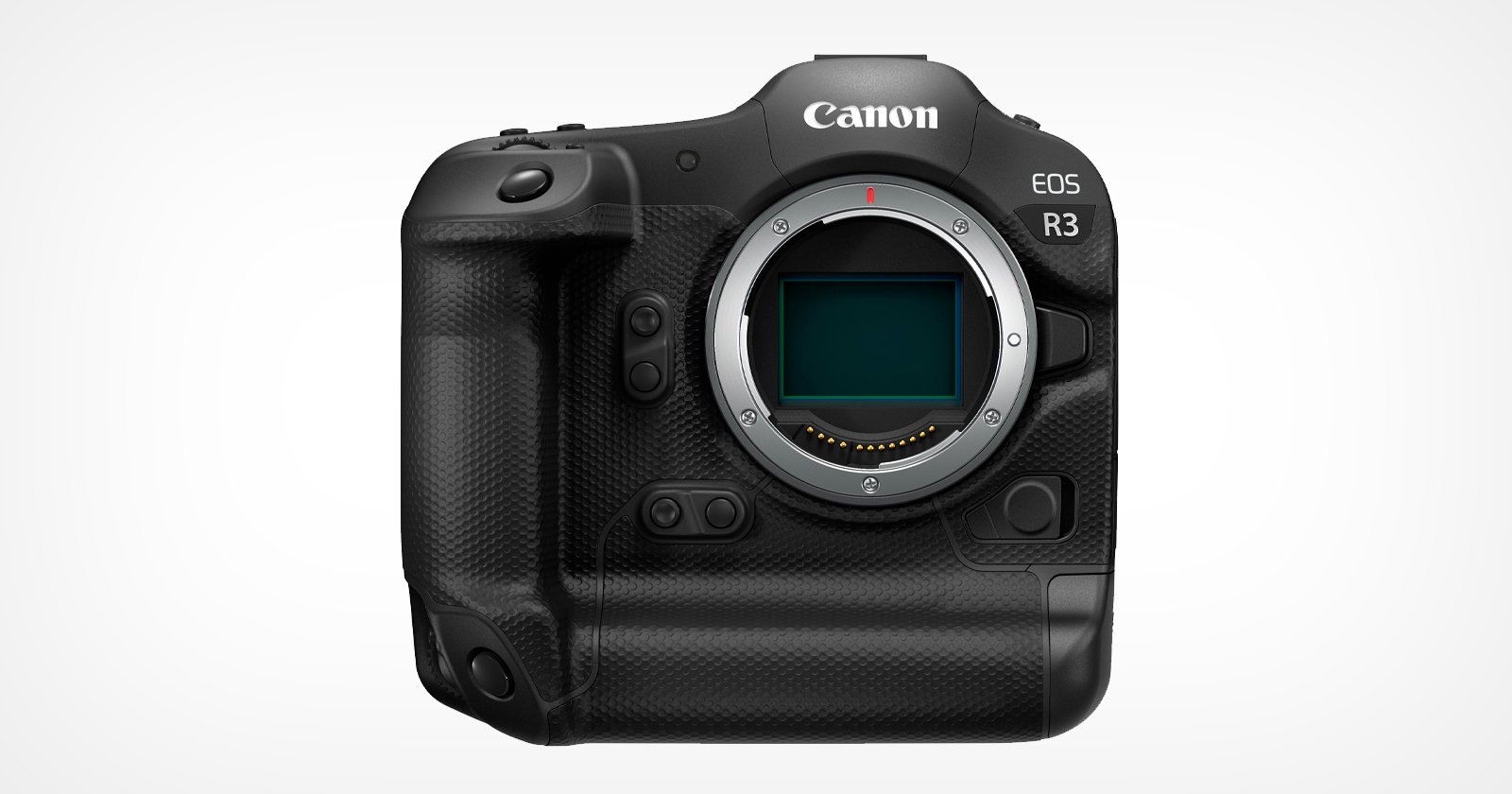 Canon has announced the development of a new professionally focused mirrorless camera called the EOS R3, which will fit between the R5 and 1DX series. Built for speed, it will feature the first full-frame backlit CMOS sensor developed by Canon.

Upon arrival, the R3 promises to be an “excellent addition” to the two super-telephoto zoom objects also announced today for the RF mount: the RF400mm f / 2.8 L IS USM and RF600mm f / 4 L IS USM. Canon promises that it will “usher in a new category for the EOS R system” and that it will place great emphasis on “excellent autofocus performance and speed in fast-moving subjects”.

Considered a professionally oriented built-in battery grip found on Canon’s 1 Series DSLRs, the camera is designed to meet “the demands of professionals for reliability and durability, even under challenging conditions.”

As noted, the EOS R3 will feature Canon’s first-ever full-frame backside-illuminated sensor that he designed himself and that the company promises will provide significantly faster readout speeds when shooting still images. Additionally, faster readout speeds mean less rolling shutter distortion when the camera captures images with the electronic shutter, which Canon says the R3 will be able to capture up to 30 frames per second with full-time Dual Pixel CMOS autofocus active and auto exposure. .

Canon does state that the speed of continuous shooting may decrease depending on the lens used and under different shooting conditions.

Speaking of autofocus, the R3 will use the autofocus technologies found in both the R5 and R6, including Canon’s body and eye detection, but will work even better during action-type shooting thanks to Deep Learning technology. Additionally, Canon says the EOS R3’s Subject Detection AF will provide new recognizable subjects for its AF system, which the system says will enhance its focusing capabilities in challenging shooting conditions.

Canon also says the electronic viewfinder (EVF) offers the ability to select the starting area for AF tracking simply by looking into the viewfinder. This is called Eye Control AF and can be combined with Servo AF to focus and track moving subjects at a specific location in the frame by simply measuring where your eye is looking at a particular moment. While the feature may not always work with certain sunglasses, mirrored sunglasses, hard contact lenses or eyeglass bifocal lenses, the concept allows the camera to see what you are looking at and actively adjust the autofocus to prioritize what you see and work. in combination with your vision.

If that feature sounds familiar, it’s because this isn’t the first camera Canon has implemented autofocus control that follows the photographer’s eye. Originally launched in 1998, the eponymous Canon EOS-3 was a high-end SLR that pioneered a number of innovative features, including Eye Control Focus, now rebranded as Eye Control AF in the R3. For fans of Canon cameras dating back to the late 90s, it is particularly exciting to see the company re-launch a once-loved camera line.

The Canon EOS R3 will feature a brand new one-piece camera body with an integrated vertical grip section, weather and dust resistance similar to the 1 Series DSLRs, and will work with a new iOS and Android Mobile File Transfer application that Canon will use. start together with the camera.

Canon has not made a note of the expected resolution of the new back-lit sensor, expected release date and price, but says more information about the camera will become available when it is officially launched.