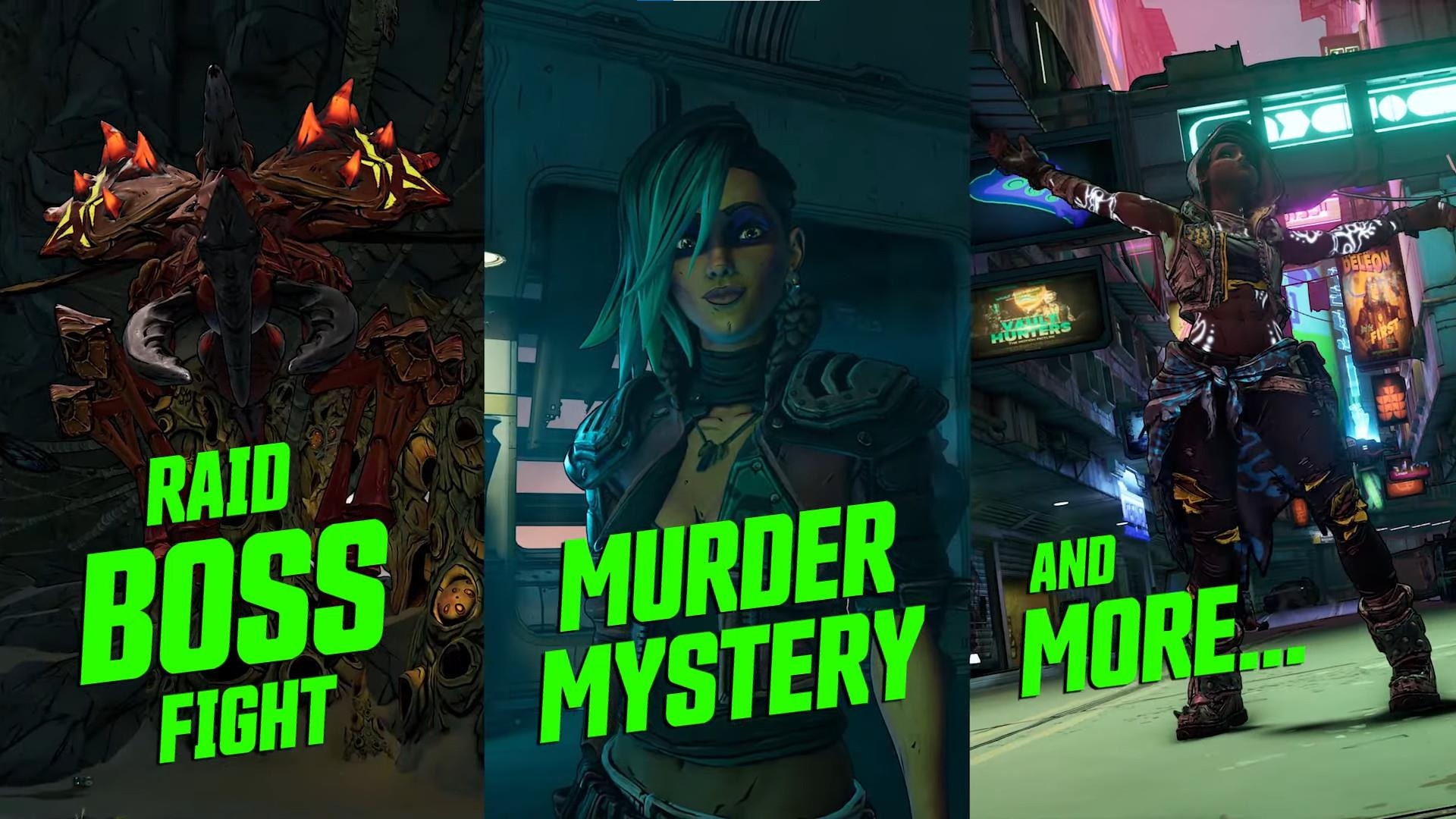 The new story missions appear to be framed as murder mysteries, placing the Vault Hunters in the middle of some quintessentially bizarre whodunnits. If you’re looking for something a little more chaotic, try your luck against the new raid boss, Hemovorous the Invincible – a colossal Varkid standing between you and some of the best loot in the game instead. Oh, and 75G too.

There are three new achievements with a total of 125 gamerscore, of which there is no secret.

Borderlands 3 gets even bigger with additional content from Director’s Cut! Test your mettle against the most terrifying of all Varkids, scour the galaxy to solve a series of murders, experience never-before-seen content and insights from the creation of Borderlands 3, and earn rewards with three new Vault Cards featuring themed loot and powerful equipment. The first of three Vault Cards in Director’s Cut is available now, with the remaining two expected to launch in late 2021.

Enhance Borderlands 3 with Season Pass 2 content add-ons, featuring new modes and missions, a fourth skill tree for each Vault Hunter, a raid boss, three Vault Cards, and unique cosmetic outfits!
This content is included with the purchase of the Borderlands 3 Ultimate Edition.