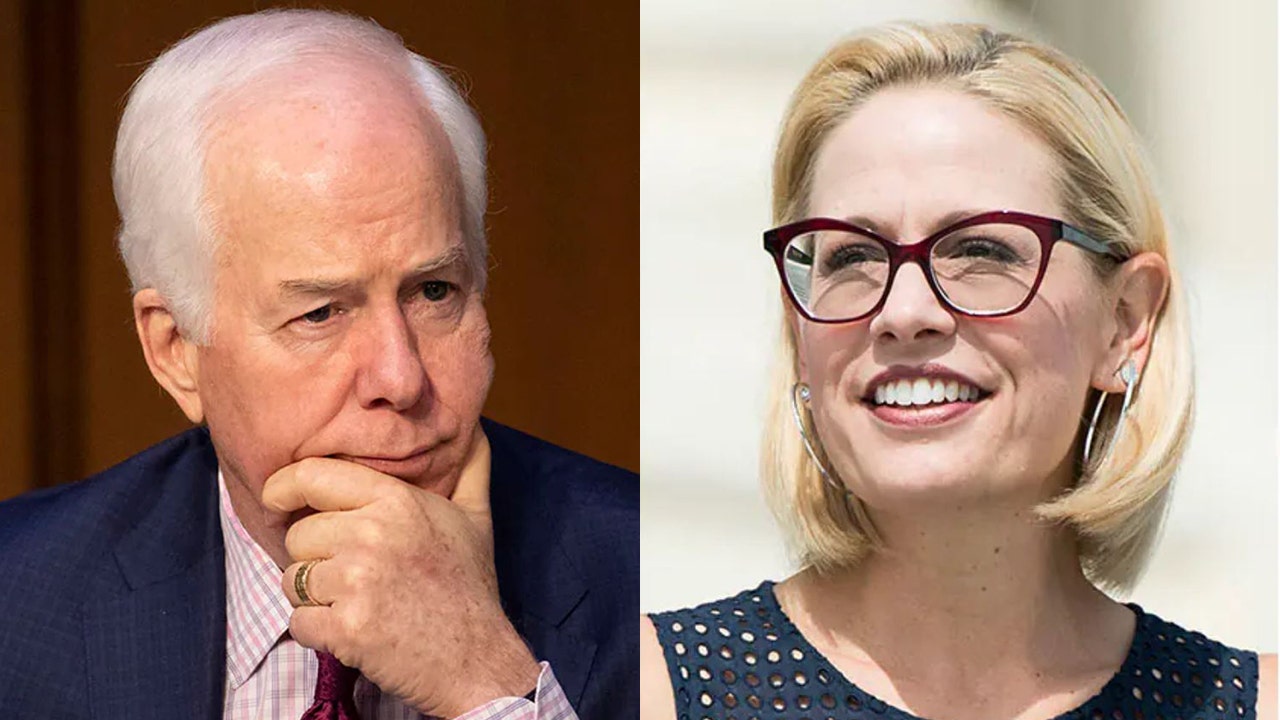 A bipartisan bill aimed at mitigating the southern border crisis will reportedly be introduced by Sens on Thursday. John Cornyn, R-Texas, and Kyrsten Sinema, D-Ariz.

The bill would address the Biden government’s ability to handle the flow of migrants at the US-Mexico border, try to streamline asylum applications from migrants “in a timely manner” and deter those likely not to be approved and also ” protect unaccompanied migrant children, ”said The Hill.

Separately, Cornyn called for a federal investigation into child abuse allegations at a migrant facility in San Antonio on Wednesday.

Last month, the two senators wrote a joint letter to President Biden asking him to secure the border.

ARIZONA DEM SENS. SINEMA, KELLY BACK GOVERNOR MUST USE NATIONAL GUARD TO BORDER

“It is critical that our country takes aggressive action to secure our border, protect our communities and ensure that migrants are treated fairly and humanely,” Cornyn and Sinema wrote, according to a Sinema press release. “We pledge to work with our convention colleagues to develop bipartisan and common sense for the proliferation of migrants at the border, and hope to work with you, Department of Homeland Security (DHS) Minister Alejandro Mayorkas, and the rest of your government to address this problem.

Both Sinema and her Democratic Arizona colleague, Senator Mark Kelly, said on Wednesday that they support Arizona governor Doug Ducey who is sending the National Guard to the border.

“I welcome the Governor’s move to provide logistical support to the Arizona communities and look forward to more details on how the National Guard will help,” Sinema said in a statement. “I will continue to work closely with Arizona leaders and organizations to support our border communities, secure the border, prevent the spread of COVID-19, and treat all migrants and unaccompanied children fairly and humanely.”

Biden charged Vice President Kamala Harris to handle the flow of migrants at the border last month, but she has yet to visit or hold a press conference.

A recent Quinnipiac poll found that, according to The Hill, only 29% of Americans approve of Biden’s handling of the crisis.