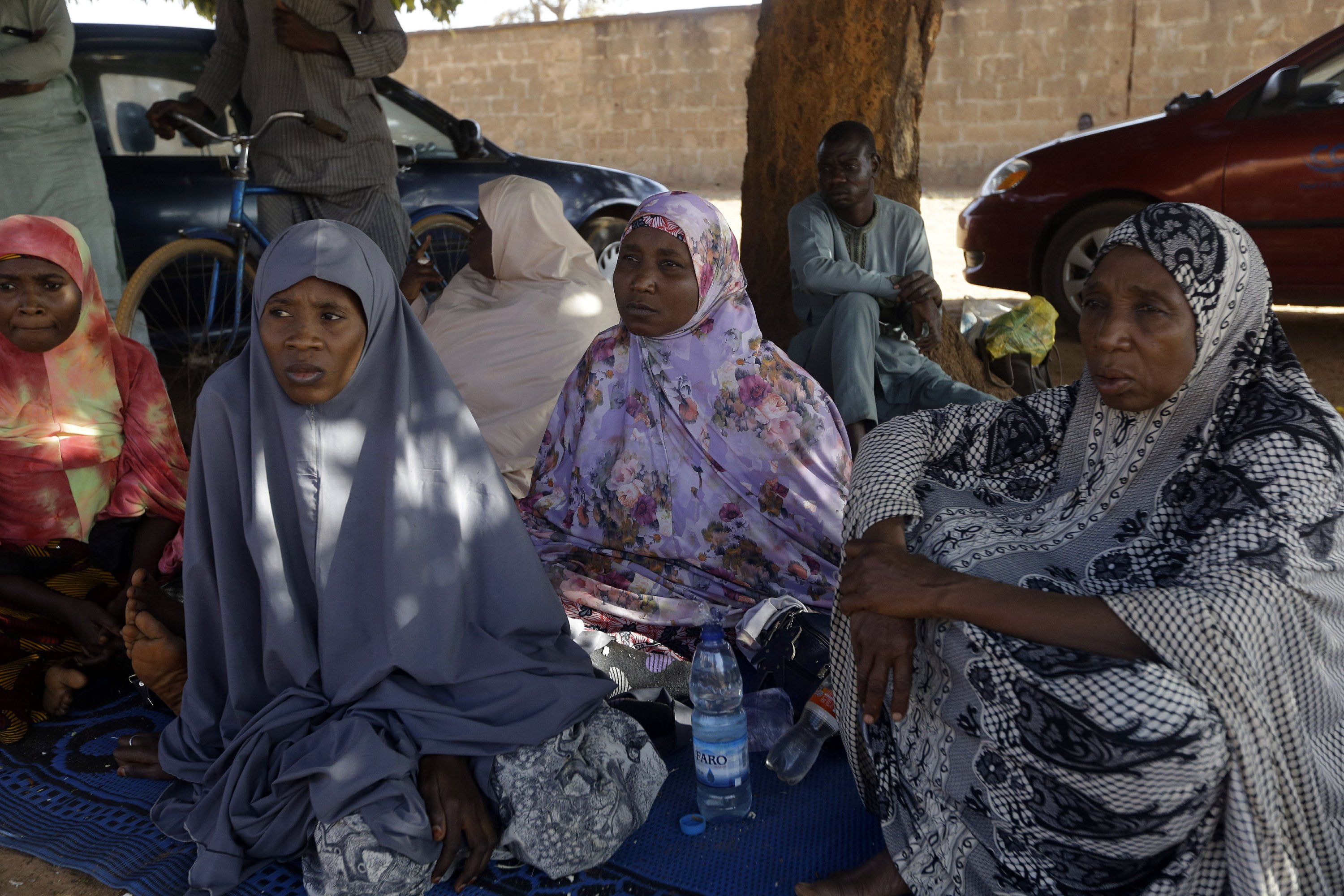 LAGOS, Nigeria (AP) – Rebels of the extremist group Boko Haram on Tuesday claimed responsibility for kidnapping hundreds of boys from a school in the northern state of Katsina, Nigeria in one of the largest such attacks in years, raising fears of a growing wave of violence was awakened in the region.

More than 330 students are still missing at Government Science Secondary School in Kankara after gunmen attacked their school Friday night, though dozens more managed to escape.

The government and the attackers are negotiating the fate of the boys, Garba Shehu, a spokesman for Nigerian President Muhammadu Buhari, said.

“The kidnappers had made contact and there were already discussions about the safety and return” of the children to their homes, Shehu said on Twitter during talks with Katsina Governor Aminu Masari. Neither official said whether negotiations are taking place with Boko Haram or another group.

Masari said security agencies “engaged in rescue missions have also informed us that they have found their position.”

The Daily Nigerian said it had received an audio message from Boko Haram leader Abubakar Shekau claiming the kidnapping, although there has been no independent verification of its authenticity.

The Islamic extremist group has previously committed mass kidnapping of students. The most serious occurred in April 2014, when more than 270 schoolgirls were taken from their dormitory at the Government Secondary School in Chibok in the northeastern state of Borno. About 100 of the girls are still missing.

In Friday’s audio report on the attack, Shekau said his group had kidnapped the schoolboys because Western education is against the principles of Islam.

More than 600 students attend the school. Many managed to escape during a shootout between the attackers and the police, said state police spokesman Gambo Isah.

Students confirmed this story to several news agencies, saying that many of them were also rounded up and forced to walk to a nearby forest, where some could also flee.

Several armed groups operate in northern Nigeria, where the state of Katsina is located. Originally, the attackers were believed to be bandits, sometimes working with Boko Haram.

Bandits have been operating in the northwestern region for some time and kidnappings have increased in recent years. Amnesty International says that in the first six months of 2020, more than 1,100 people died in violence related to attacks by bandits.

A joint rescue operation was launched by the Nigerian police, air force and military on Saturday after the military engaged in firefights with bandits after finding shelter in the Zango / Paula forest.

Proving that Boko Haram is behind the kidnapping could mean a new wave of religious extremism is on the rise in Nigeria. The group has been campaigning bloody for more than 10 years for the introduction of strict Islamic rule, but it is mainly active in northeastern Nigeria, not in the northwest, where the state of Katsina is located. Thousands have died and more than a million people have been displaced by the violence.

Nnamdi Obasi of the International Crisis Group said a shift of Boko Haram’s activities to the northwest would have serious security implications as it could cooperate with other armed criminal groups known to carry out attacks and collect payments from households and households. markets.

“They are like mini-armies capable of conducting operations in spite of the security forces, and it is worrying,” Obasi told The Associated Press.

However, the local armed groups have no religious ideology, and Obasi said Boko Haram’s move to the northwest “would create a risk of convergence between criminal groups and jihadist groups. The trajectories are very disturbing. “

Because the northwest is more homogeneous in Islam than the northeast, there are more potential recruits to radicalism.

“Until now, it was bandits and kidnappers who terrorized our state, but little has been done to address the situation,” said Mallam Saidu Funtua, a member of a local civil society organization in Katsina state.

He added that “the kidnapping of students was the pinnacle of everything. It is unacceptable and the government must do more ”to protect students and residents.

The attack was a major setback for the education system in Katsina, which started to make progress in enrollment, he said, adding, “Our people will be discouraged from sending their children to school.”

“We’ve never seen anything like it,” he said. “We want the government to do more to protect our children, especially as schools are getting back on track after the COVID-19 break.”

The kidnappings also come as Boko Haram and the Nigerian military may be under investigation for war crimes during the rebel uprising, which lasted more than a decade.

The International Criminal Court’s chief prosecutor said last week that an investigation has found enough evidence to launch a large-scale investigation into allegations of war crimes and crimes against humanity by Boko Haram extremists, as well as allegations that Nigerian government forces have also been abusing.

Prosecutor Fatou Bensouda said there is “a reasonable basis to believe” Boko Haram and the splinter groups associated with it have committed crimes, including murder, rape, sexual slavery and torture, as well as deliberately targeting schools and places of worship and the use of child soldiers. While a vast majority of the crime in the conflict was committed by Boko Haram, prosecutors also found grounds to believe that members of the Nigerian security forces had committed crimes, she said.

Amnesty International released a report last week saying that since 2011, at least 10,000 civilians have died in Nigerian military custody after being detained in connection with the Boko Haram uprising in Northern Nigeria.