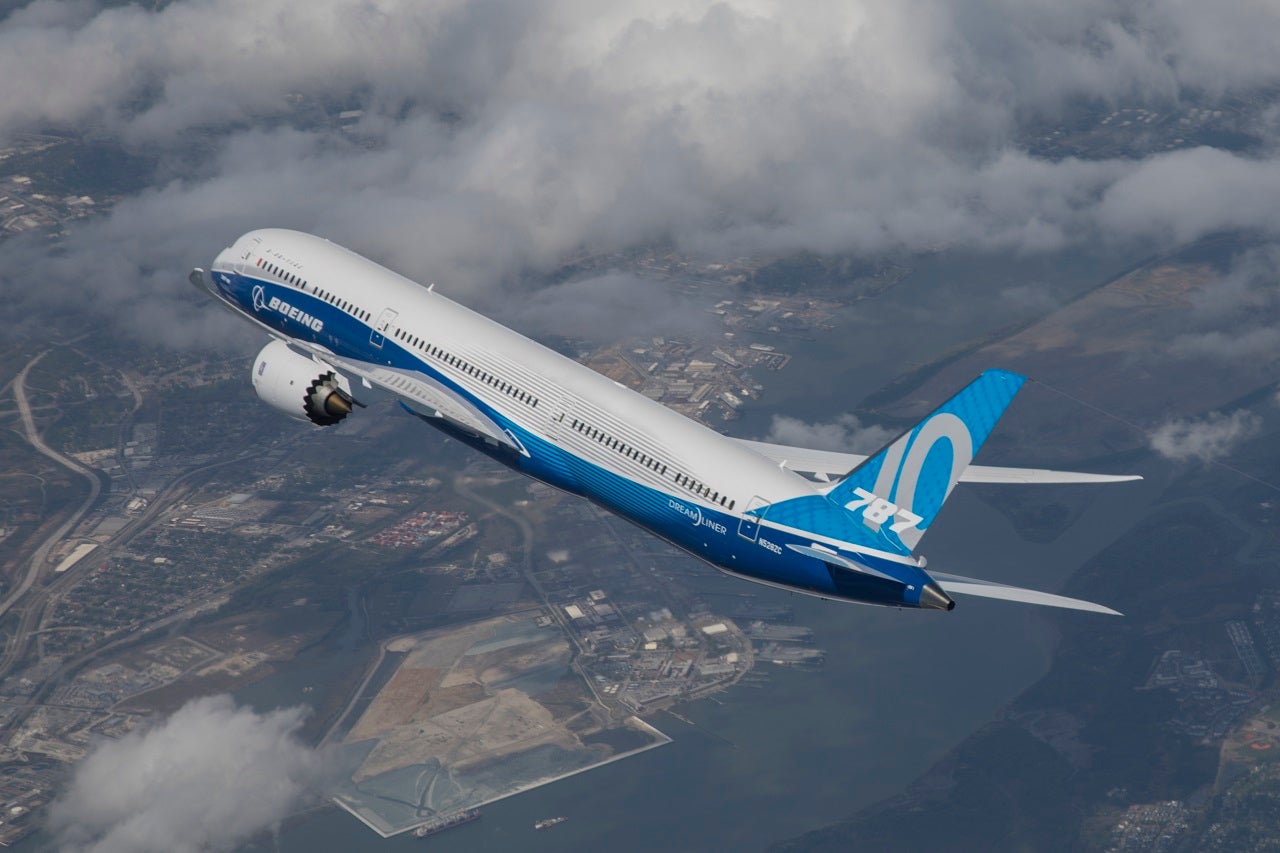 Boeing Co. has expanded inspections of newly produced 787 Dreamliners after finding a previously disclosed manufacturing flaw in parts of the jet where it was initially undetected, industry and government officials said.

Boeing engineers and US air safety regulators agree that the newly discovered problem does not pose an immediate safety risk, the officials said. But the new issue is likely to lead to a Federal Aviation Administration review of 787 manufacturing conditions sparked by other defects earlier this year, one of these officials said.

The broader quality controls, which cover the entire fuselage of the aircraft rather than just certain areas around the tail, are why inspections take longer than previously expected, the officials said. It also explains why no Dreamliners were delivered in November.

The Chicago-based aircraft manufacturer announced the inspection and delivery delays on December 4 without giving reasons.

The defects in question are spots where the surface of the 787’s carbon composite hull is not as smooth as it should be, a Boeing spokesman said. Such areas can create small gaps where hull sections are joined together and lead to early structural fatigue, which may require extensive repairs. The spokesman said the inspections have identified areas where the mounting of parts of the 787 hull “may not meet specified skin flatness tolerances.”

The defects mark the fourth assembly line decline to hit Boeing’s popular family of wide-body jets, which has come to light in as many months. Aside from May, after the Covid-19 pandemic exploded aviation operations and forced the aircraft manufacturer to briefly shut down production facilities, November was the only month since 2013 without a Dreamliner delivery, according to an analysis of delivery data.

Boeing rolled out the first 787-10 Dreamliner built for Singapore Airlines at its Final Assembly facility in North Charleston, South Carolina. The aircraft can be seen here in the factory. (Josh Drake photo via Boeing)

The company discovered the latest problem through reinforced quality assurance practices over the past year, when other defects were identified, the Boeing spokesperson said. And he said the company has asked suppliers to perform similar checks. “These findings are part of Boeing’s review of 787 assembled aircraft to ensure that they all meet our highest quality standards prior to delivery to customers,” he said.

The FAA, which has been considering measures to mitigate the issues by potentially issuing safety guidelines, released a statement Sunday saying the agency is regularly working with Boeing on “ongoing operational safety and manufacturing oversight processes to properly address any issues. to deal with.”

Under pressure from the FAA, Boeing has also stepped up internal manufacturing controls, targeting other flaws, ranging from inspection paperwork problems to debris accidentally left behind by assembly line workers in 737 MAX jetliners and military tankers.

The wide-body passenger jets, first delivered by Boeing in 2011, have an excellent safety record and are used extensively on long international routes. If found on planes already carrying passengers, the latest malfunction can be remedied during extensive maintenance checks that are needed as the jets age, some officials familiar with the matter said.

Delivery delays threaten to add to Boeing’s financial pressures as it grapples with the impact of the pandemic, which has reduced global demand for air travel and passenger jets. Greg Smith, Boeing’s Chief Financial Officer, has said that Boeing is expected to continue to clean up its growing inventory of undelivered Dreamliners until next year.

Earlier this year, Boeing revealed the flaw in the smoothness of the skin near the rear of the planes, as well as improperly sized shims – or parts used to fill small gaps where the fuselage parts connect. It was not immediately clear how many aircraft have been found in other locations with the skin smoothness defects, but officials familiar with the matter said cases seemed relatively isolated.

Boeing engineers have previously determined that when the skin smoothness and shim size defects both occur in the same location, it could be minor imperfections that could pose a potential hazard, such as a crack in the fuselage under extreme flight conditions. In August, Boeing took the unusual step of voluntarily grounding eight planes in airline fleets for immediate repair.

Those previous issues prompted the FAA to review quality control of Boeing 787 production, which dates back nearly a decade.

Earlier this month, Mr. Smith announced that Boeing plans to further reduce production of 787 next year due to weak demand and a growing backlog of parked aircraft.

Boeing, which produces about 10 Dreamliners per month, had 53 built but undelivered 787s in early December that had been in inventory for an average of about five months, according to aeronautical research firm Ascend by Cirium.

Mr. Smith said the monthly production rate of 787 would remain below Boeing’s target of 10, before slowing down to five in May at the North Charleston, SC Assembly plant of 787s, ending at a Boeing facility in the United States. Seattle area.

The 787’s manufacturing issues are unrelated to design flaws in a flight control system that grounded the global fleet of 737 MAX jets for nearly two years. The aircraft models are built in separate facilities.

—Doug Cameron contributed to this article.