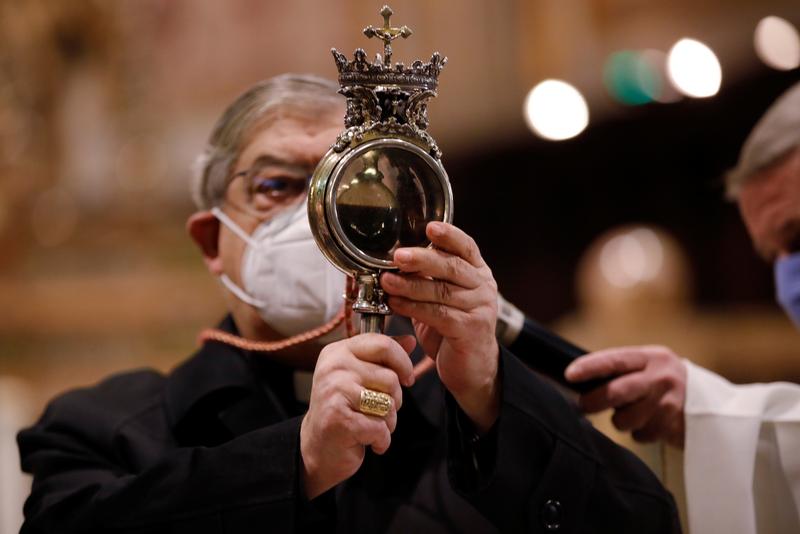 NAPLES, Italy (Reuters) – Wednesday was not a good day for superstitious Neapolitans.

The blood of San Gennaro, the patron of Naples, did not liquefy, despite two rounds of prayer from the faithful, which some in the southern Italian city see as an omen of bad things to come.

Three times a year, a vial containing the dried blood of the fourth-century martyr is on display in the city’s cathedral and the faithful pray for its liquefaction, known as the “Miracle of San Gennaro”.

It did not happen on Wednesdays despite praying for hours in the morning and a special mass in the afternoon. Due to restrictions due to the coronavirus, fewer people than usual were allowed into the cathedral.

Scientists say the substance in the sealed vial looks like dried blood, but can’t explain why it sometimes becomes liquid and sometimes it doesn’t.

Neapolitans become particularly nervous when the blood does not liquefy on the feast day of the saint, September 19, but to a lesser extent on the other two days the vial is released for public worship – the Saturday before the first Sunday in May and December 16 .

On Wednesday, the city’s cardinal, Crescenzio Sepe, told the faithful not to be overly shocked. “If something has to melt, it’s people’s hearts,” he said.