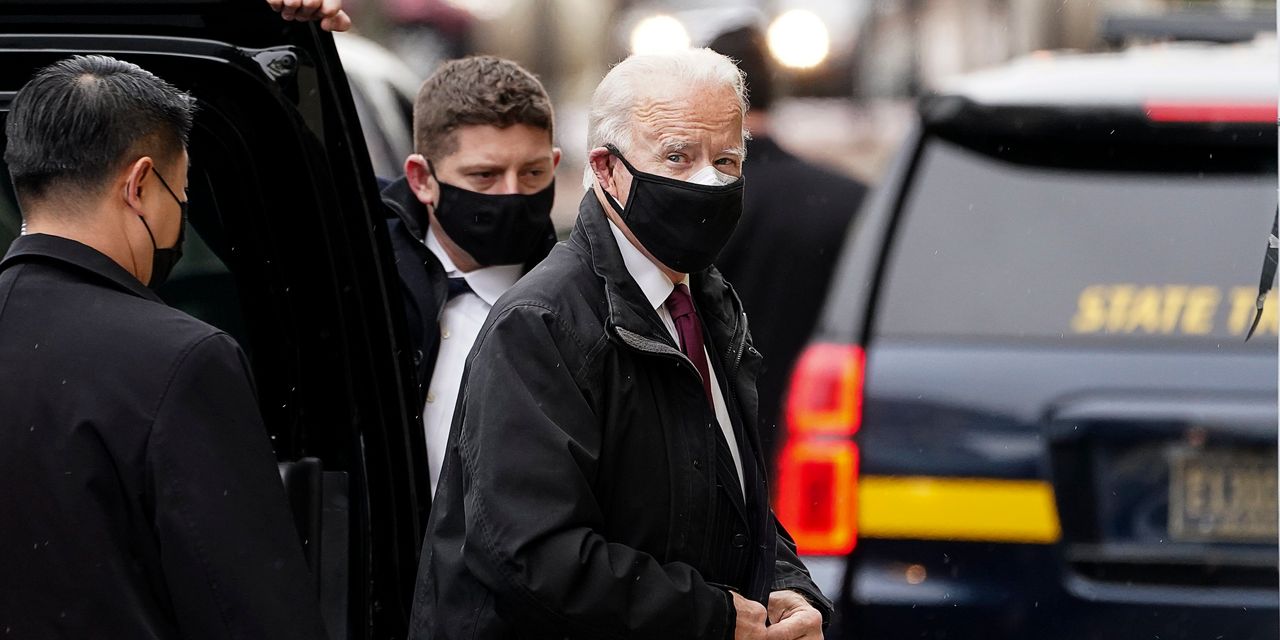 WASHINGTON – President-elect Joe Biden plans to receive the coronavirus vaccine in public next week, his transition team said Wednesday, as health officials try to dispel all doubts about its safety.

Vice President Mike Pence will be vaccinated on Friday, the White House said. His wife, Karen Pence, and Surgeon General Jerome Adams will also have the opportunity in what the White House said was an effort to “advance the vaccine’s safety and efficacy and build trust among the American people.”

Mr. Biden has said he would follow the recommendations of Anthony Fauci, the director of the National Institute of Allergy and Infectious Diseases.

The president-elect has stressed the importance of helping the public address skepticism about the vaccine. He told reporters on Wednesday, “I don’t want to be in the forefront, but I want to make sure we show the American people it’s safe to take.”

Two Biden transition officials said Mr. Biden would receive the injection next week. Officials said Vice President-elect Kamala Harris would be vaccinated soon and, like Mr Biden, publicly. No specific details have yet been announced.

Dr. Fauci said in an interview with ABC News Tuesday that Mr. Biden and Ms. Harris should be vaccinated as soon as possible “for security reasons,” adding that he would like Mr. Biden to be “fully protected” when he enters the presidency. in January. Dr. Fauci said he would recommend that President Trump and Mr. Pence get the vaccination.

Trump, who contracted Covid-19 earlier this year, has no immediate plans to get vaccinated, the White House said.

Receive a coronavirus briefing six days a week and a weekly health newsletter once the crisis is over: sign up here.

“People working in the White House should get the vaccine a little later in the program unless specifically needed,” he tweeted Sunday after news reports that top staff would be getting shots. “I have asked for this adjustment to be made. I am not scheduled to take the vaccine but look forward to taking it at the right time. “

On Monday, White House press secretary Kayleigh McEnany appeared on Fox News: “Key officials, including Situation Room employees, will have access to this vaccine, some members of Congress.”

Former Presidents Barack Obama, George W. Bush and Bill Clinton have all said they would be publicly vaccinated.

The vaccine has been developed in record time, which has raised some concerns about its safety, as well as long-term skepticism about vaccines in some populations. Sandra Lindsay, a nurse in New York City who was one of the first to get the injection, said she hoped to instill public confidence, noting that some in the West Indian community are reluctant to take it.

Ms. Lindsay, who is originally from Jamaica, said the inoculation felt no different from any other. “We all have to do our part to end the pandemic,” she said.

A poll released by the Kaiser Family Foundation on Tuesday found that 71% of respondents said they would receive a vaccine, compared to 63% in a survey in September. About a quarter of the public remains hesitant, the poll found, with people saying they probably or certainly won’t receive a vaccine.

A Wall Street Journal / NBC News poll in October found that about 70% of voters surveyed said they would take a Covid-19 vaccine, although many said they would wait for it to be available for a while to see if there are major problems or side effects. Effects. Thirty percent of black people said they wouldn’t take a vaccine at all, compared to 15% of whites and 20% of Hispanic people, according to the WSJ / NBC poll.

More about the Covid-19 vaccines