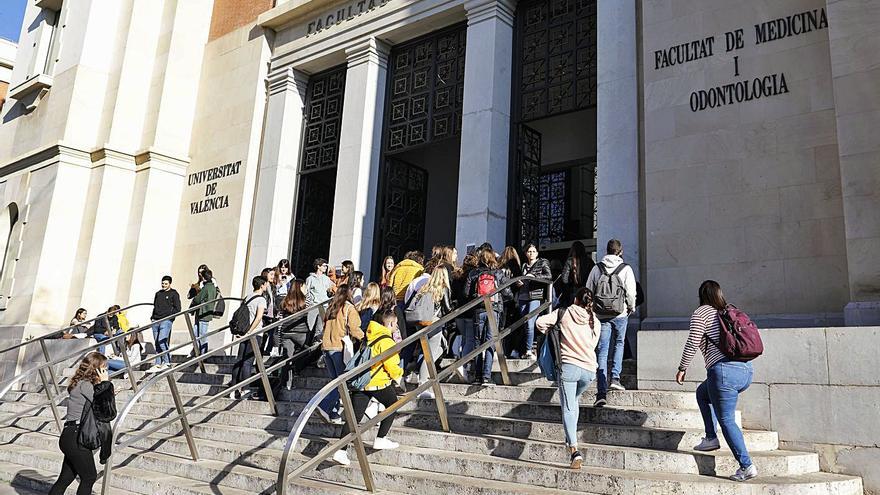 Applications to study medicine at Valencian public universities increased by about 30% in the year of the pandemic. In the university recipe for the 2019-2020 academic year, there were 3,576 and this year, after the University Access Tests (PAU) in June, in the middle of an aborted phase, the demand has increased to 5,079. In addition, according to data from the Department of Universities, the highest limit for this career in the region has risen from 13.01 in June 2019 at the University of Valencia to 13.41 just a year later.

What is the reason for this increase? The answers to this question are diverse. Despite the fact that medicine is traditionally one of the most sought after university courses, the marked increase in demand in this time interval, said Jesús Andicoberry, coordinator of the Valencian Community of the State Council of Medical Students (CEEM), responds to factors: “The romanticization of the profession and humanitarian raison d’être of medicine, namely helping others. ” The student representative points out that one of the points at which future university students choose medicine is, moreover, “the comprehensive six-year course, something unusual in other careers after the implementation of the Bologna plan, which takes the course to four years”.

Not everything is light

However, not all are lights in health professionals’ careers. According to Andicoberry, the pandemic has highlighted “the great role of doctors in all areas,” but it has also highlighted the poor working conditions and “continued exhaustion” to which professionals are exposed, especially in an exceptional situation.

Enrique Cuñat, president of the association MIR Spain and third-year doctor in the endocrinology department of the hospital doctor Peset de València, agrees. “Medicine demands its low unemployment rates, it is a profession that is of paramount importance to society, but it does not stand out for good working conditions,” he says. Cuñat adds that the doctor suffers from a “very high temporary employment rate”, a “very high” responsibility that is not accompanied by a “proportionate” remuneration.

Although he says it is difficult to compare professions, he says that when the profession is analyzed in Spain and in other countries, “We are doing very badly” because our country, he says, “has one of the worst conditions. is. “and therefore,” Those who can go away. ”

It also emphasizes the idealization of the doctor’s office. “When you finish high school, you don’t think it will go wrong. You idealize your future and envision it with work and economic security ».