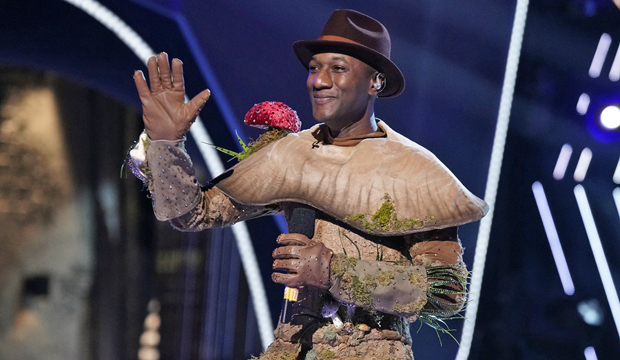 “Music really is the language that connects us all,” said singer-songwriter Aloe Blacc, aka Mushroom, during his unmasked interview with the host Nick Cannon during Wednesday night’s finale of “The Masked Singer.” “I’ve had the opportunity to experience that and do just that, here on this stage.” The Grammy-nominated artist was second in season 4, losing to the sun after knocking out the crocodile earlier in the episode. Watch Mushroom’s performance of “I Wish” through Stevie Wonder above.

SEE The Masked Singer Reveals For All Seasons: Celebrities and Costumes Through the Years

“My daughter was definitely an inspiration,” Aloe revealed when describing how he turned into Mushroom. ‘It’s not a skirt! This is a mushroom stem. But since it had a bit of a skirt feel about it, I thought okay, my seven-year-old daughter, Mandela. I could embody her mind while doing this. “

More than anyone else this season, Mushroom changed his vocal style with every performance to keep the panel guessing. Panelists Nicole Scherzinger and Robin Thicke finally realized that Aloe was behind the Mushroom mask after his last performance. Ken Jeong thought it was a Grammy winner Pharrel Williams and Jenny McCarthy another singer-songwriter recommended, Ne-Yo.

The hints in Mushroom’s various clue packs throughout the season helped Nicole and Robin pin Aloe to the singing fungus. The buck, the cheddar, the doll’s chair, and “Washington” were all recurring clues to Aloe’s hit “I Need a Dollar.” The kangaroo in Mushroom’s package was a clue to his wife, the Australian rapper Maya Jupiter. The egg in his package was indicative of Aloe’s birth name, Egbert.