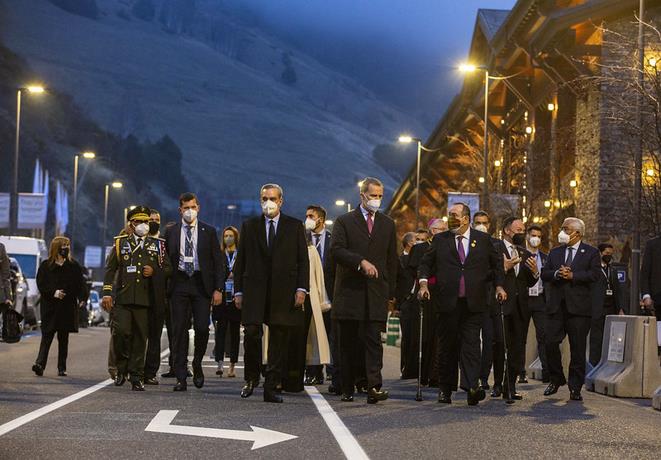 President Luis Abinader thanked the Spanish government for providing vaccines to Latin American countries after receiving the Pro Tempore Secretariat of the next Ibero-American Summit of Heads of State or Government.

“I want to take advantage of and thank the countries that have offered their support to our Pro Tempore Secretariat; At the same time, I would like to thank the Spanish government for the gesture of solidarity that will provide vaccines to Latin American countries, ”said the Dominican Prime Minister.

In addition, during his intervention in the transfer of the Pro Tempore Secretariat, Luis Abinader indicated that new and enormous economic resources will be needed to strengthen growth prospects.

“Developed countries should be called upon to make a greater effort to channel these capitals so that we can mitigate the effects of the pandemic’s debt burden and restart Latin American growth,” added he adds.

Likewise, he assured that they will manage the creation of a post-pandemic recovery fund from his Pro Tempore Secretariat.

“We will work hard to establish a recovery and restructuring fund that is the basis of a major regional development alliance and that will not only facilitate post-pandemic recovery, but also the transition to a new economic order, fair, green and all sustainable, ”said Abinader.

President Abinader also said that the 2030 Agenda goals can only be achieved if funding gaps are addressed at the lowest possible cost to developing countries, otherwise countries could face serious difficulties in achieving the Sustainable Development Goals.

The president of the republic also recalled bilateral and multilateral cooperation has been essential to combat past crises that threatened to destroy the growth of the region.

On this occasion, the Ibero-American Summit of Heads of State or Government brought together the leaders of 16 of the 22 Ibero-American countries to discuss economic recovery, access to vaccines and the impact of the health crisis on the most vulnerable.

Apart from the President of Guatemala and the President of the Dominican Republic, Luis Abinader, in the Principality of Andorra there are only the Presidents and Heads of State of that country, Spain and Portugal; while the rest of the leaders are mixed.