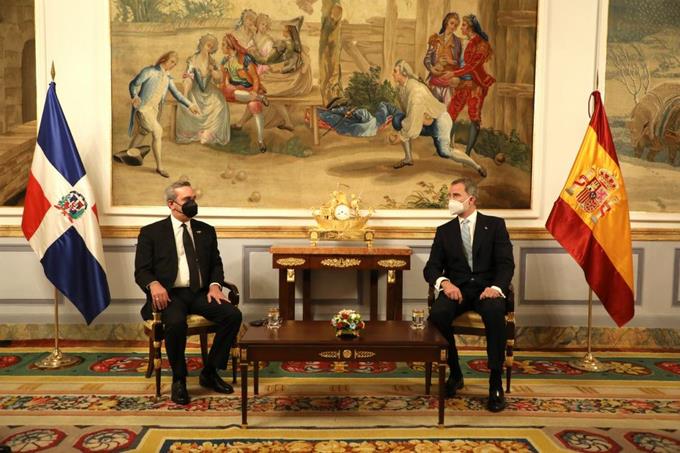 The meeting of Dominican President Luis Abinader with the King of Spain, Felipe VI, at the Royal Palace of El Pardo served to address vaccination issues, the global economic crisis and bilateral relations.

As for vaccination, to beat the coronavirus, both the king and the Dominican president agreed on the difficulties for poor countries to obtain vaccines for their populations.

Regarding the global economic crisis, they agreed that the coronavirus has been the main enemy to investment, job losses, tourism and manufacturing in general. Still, President Abinader and King Felipe VI decided to join forces so that Spain and the Dominican Republic strengthen their bilateral relations.

The President went to the Royal Palace accompanied by the Spanish side, the Secretary of State for Latin America and the Caribbean, Cristina Gallach, and the Spanish Ambassador to the Dominican Republic, Alejandro Abellán.

His Majesty the King received His Excellency the President of the Dominican Republic, Luis Rodolfo Abinader Corona, on the occasion of his visit to Spain as part of the XXVII Ibero-American Summit of Heads of State and Government in Andorra.

The arrival of the Dominican President in Andorra is scheduled for Tuesday, in the company of the President of Guatemala, Alejandro Gianmattei, both of whom will arrive with the King, who invited them to take his plane.