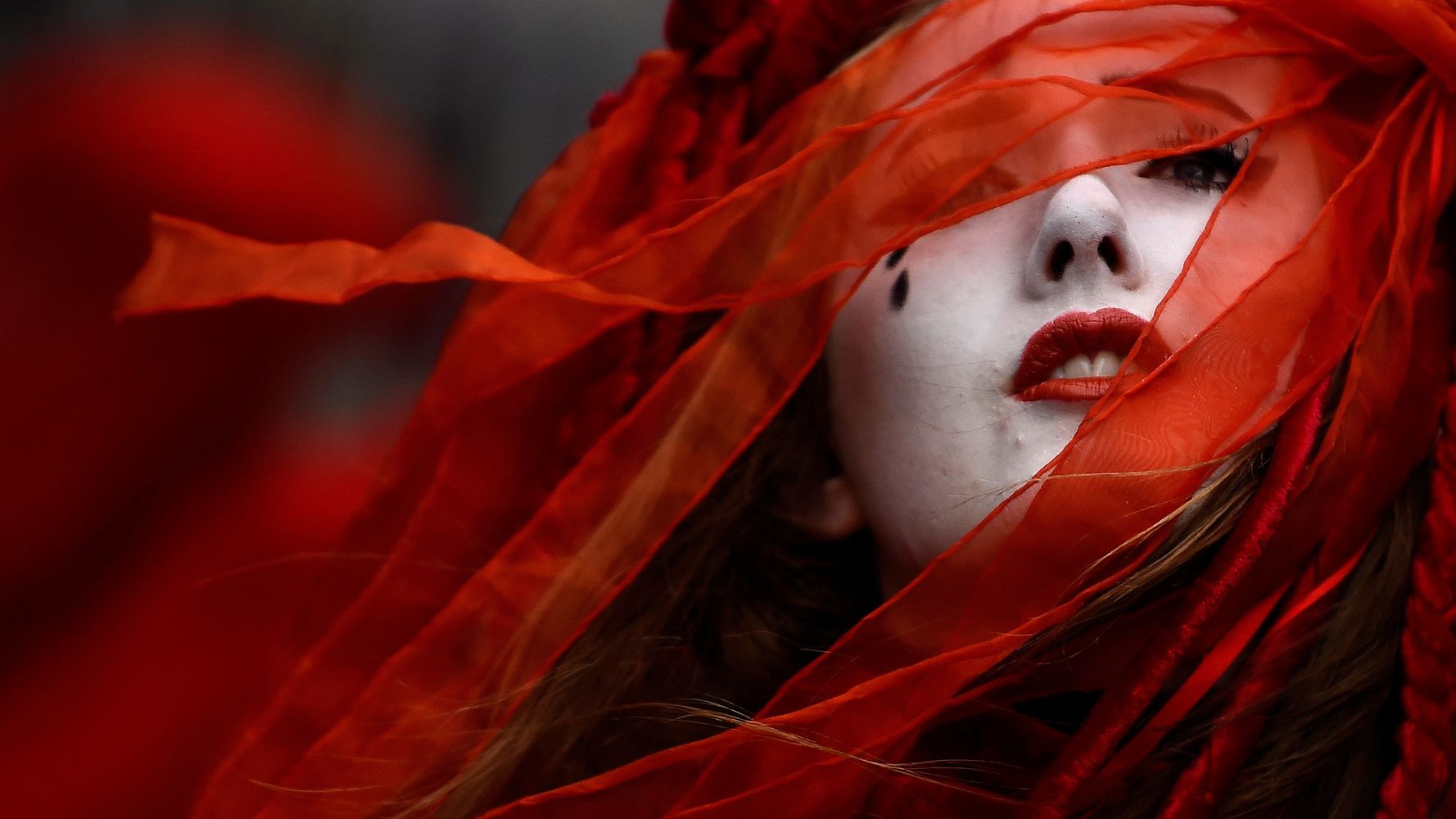 Amid the ever-changing news cycle, it’s easy to miss great visuals flying under the radar. Fortunately, we’ve got you covered.

We’ve featured exceptional photos from around the world over the past week. Check them out below.

Above: People watch the lava flow from a volcanic eruption on Reykjanes Peninsula in southwest Iceland late Wednesday, March 24. Iceland’s latest volcanic eruption is quickly attracting crowds of people hoping to get close to the gentle lava flows. The eruption in Geldingadalur, near the Icelandic capital Reykjavik, is not seen as a threat to nearby cities and the slow currents mean that people can get close without too much risk.

Stefany Stuber, 40, a Korean American who speaks to her daughter Olivia Metzler, 7, about recent attacks on Asian Americans, looks at her phone while her daughter brushes her teeth in Philadelphia, March 23.

Turkish riot police hold protesters during a rally in support of Bogazici University students – arrested for protesting the appointment of a university rector appointed by the Turkish president – in front of the Istanbul courthouse on March 26.

In this photo from Friday, March 19, a passenger plane lands at Tampa International Airport in Tampa, Florida. On March 21, more than 1.5 million people passed US airport security checks, the most since the pandemic tightened its grip on the United States more than a year ago. However, passenger traffic remains well below its 2019 level.

Ultra-Orthodox Jews are silhouetted as they participate in the “Mayim Shelanu” ceremony where water is collected from a natural source for the preparation of matza, the traditional unleavened bread eaten during the upcoming Jewish holiday of Passover, as Israel begins to emerge. of the coronavirus closures near Jerusalem in the Israeli-occupied West Bank, March 25.

Lava flows from Guatemala’s Pacaya volcano at the La Brena farm in the village of Patrocinio, San Vicente Pacaya, about 37 miles south of Guatemala City, on March 25.

French freediver Arthur Guerin-Boeri, 36, poses after setting a new CMAS world record for freediving under ice, swimming 120 meters (394 feet) with one breath in three minutes, in a wetsuit but no fins or gloves. in a lake in Heinola, Finland, on March 25. Eight holes spaced 20 meters apart were made in the frozen ice cover that covered the lake with a safety guideline. Air temperature was 6 degrees Celsius, water temperature 2.

This photo, released by the Suez Canal Authority on Thursday, March 25, shows a backhoe attempting to dig out the keel of the Ever Given, a Panamanian-flagged cargo ship wedged across the Suez Canal, blocking traffic on the vital waterway. An operation is underway to try to free the ship, which endangered global shipping when at least 150 other ships came to a halt awaiting the obstruction to disappear.

Residents are investigating damage to homes after a tornado south of Birmingham, Alabama hit and damaged multiple homes, Thursday, March 25. Authorities reported major tornado damage south of Birmingham as strong storms swept across the state. The governor issued an emergency statement when meteorologists warned that more twisters were likely on the way.

A photo shows flood damage in the Windsor area of ​​Sydney on March 24.

A girl responds when a health professional takes her nasal swab for COVID-19 coronavirus rapid antigen test, as mandated by civil authorities in Mumbai on March 22.

A woman is silhouetted by the setting sun as she crosses a street in San Antonio, Texas on the first day of spring, Saturday, March 20.